On Punching Your Tag Early

I don’t think anyone has ever written about the joys of having punched your tag on a big-game hunt when... 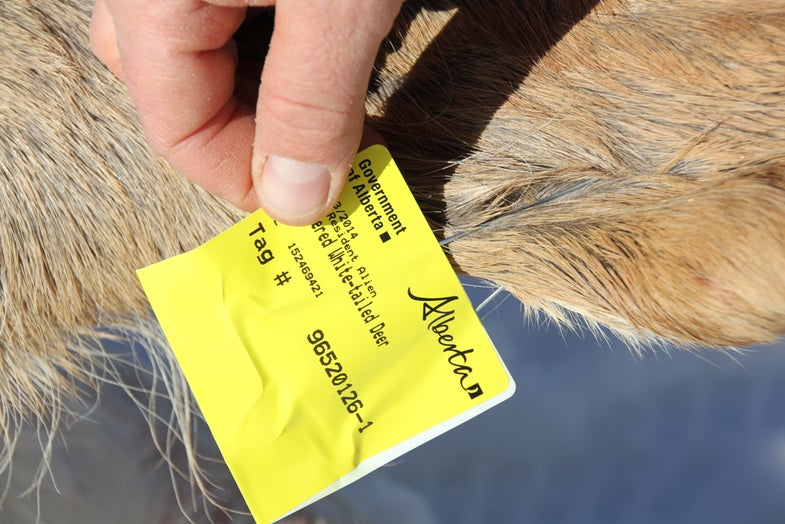 I don’t think anyone has ever written about the joys of having punched your tag on a big-game hunt when you still have some time to go. This is odd, because these interludes are considerable, and there are probably a fair number of people beside myself who savor them when they come along.

First of all, the pressure is off. You got yours. You succeeded. Contrary to what the television hunting shows present, big game hunting is a lot of hard work, and now you don’t have to work any more. Stand down. Take it easy.

Then there is getting out of the weather. If the wind is blowing gusts of 40 mph and the air temperature is 20 degrees, you don’t have to go out in it. Ditto rain, sleet, and snow. The other poor, suffering bastards in camp may have to endure it, but not you. You can go back to your sleeping bag after breakfast.

Some of my finest moments have come after I was done carrying a rifle. In Alaska, about 70 miles east of Dillingham, next to a river whose name I’ve forgotten, I had gotten a caribou and spent a day all by myself splitting wood and watching the waters roll by. That afternoon, the clouds massed and the rain came down. I didn’t have to be out in it, though. I went to each tent and started a fire in the sheepherder stove so that when the other poor, suffering bastards came back to camp they wouldn’t have to do it.

In Zimbabwe, I finished up a hunt with a couple of days left over and spent one of them doing the first crossword puzzle ever to run in The New York Times. The puzzle and I were about the same age. I was sitting in a camp chair on a concrete slab that was 5 feet above the ground, and became so engrossed in the puzzle that I rocked back too far and fell to the ground, still seated in the chair. The PH happened by at that moment and asked if I was all right, which I was, but he looked at me very strangely for the rest of the hunt.

On the Ungava Peninsula, I finished a caribou hunt early and learned that the camp cook had served in the Canadian Army during the Korean War and had been a POW in North Korea. I thought he might be willing to talk about it to while away the hours, but the poor soul had been permanently scarred by the experience, and among his other problems was the most amazing body odor I’ve ever encountered in a hunting camp. It was like running into a wall. That project did not work out.

But most of them do. Hunting hath its fringe benefits, no doubt about it.