The question arose, how does one become skilled with a rifle suitable for stopping enraged Cape buffalo and elephants in... 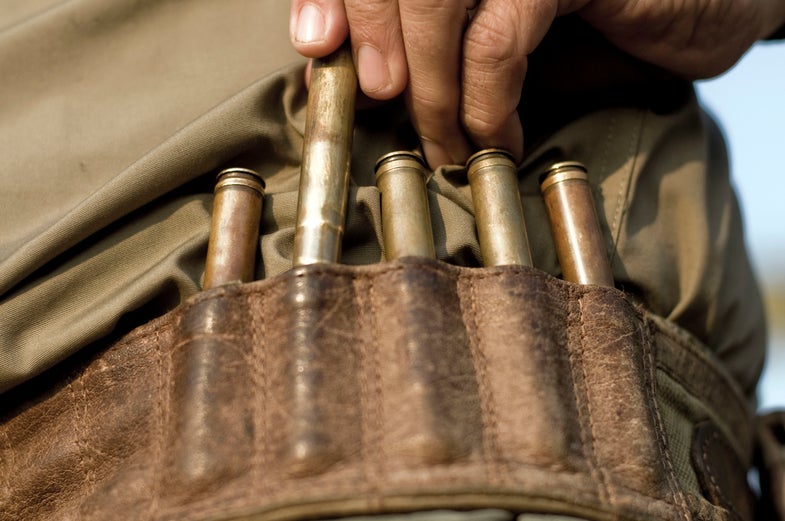 A PH who is only in his 20s will already have more experience on actual game than the average hunter can even imagine.. John Hafner
SHARE

The question arose, how does one become skilled with a rifle suitable for stopping enraged Cape buffalo and elephants in mid-charge? The same way you get to Carnegie Hall—you practice. Buzz Charlton told me that when he and Myles “Death March” McCallum were kids, they got pellet rifles and proceeded to slaughter every living creature smaller than a baboon, and by the time they were in their teens and ready to become apprentice PHs, they already had done a ton of shooting.

Then they really got busy. A PH who is only in his 20s will already have more experience on actual game than the rest of us can imagine, and he will have had to demonstrate his marksmanship, on game, in order to get his license. Buzz, in his early 40s, has 300 elephant and 300 Cape buffalo under his belt, so to speak, plus god knows how many other animals. If you were to ask a retired PH who came from the era when game still had to be shot “on control,” you’d get numbers in the thousands. They’d be hired by game departments, issued rifles and ammunition, and told to go out and keep shooting until there was nothing left to kill.

Since all of this was for real, and not on paper, they soon became extremely competent game shots, or they were killed. You didn’t shoot reduced loads in your stopping rifle. You shot the high-octane stuff, and if you couldn’t stand the recoil you did something else for a living.

One of the ironies of PH marksmanship is, the good PHs shoot as little as possible. They won’t pull a trigger unless someone is a step away from getting killed. Buzz spoke with horror about having to use his rifle:
“Can you imagine someone paying a fortune to hunt elephant or lion and coming all the way to Africa and having me shoot it?”

That’s one of the reasons PHs make enormous amounts of money; you’re paying for the judgment that tells them when it’s time to drop the hammer and when it’s not needed. And when it is needed, you’re paying for extreme speed and accuracy at very close range. I don’t know if Buzz can put five shots in ¼-inch at 100 yards over a benchrest. I do believe he can put two .500 NE slugs in the brain of an elephant (which is like hitting a loaf of bread inside a 50-gallon oil drum) as quick as you can say bang bang. If he couldn’t he probably would have been killed by now. I know that a PH named John Knowles killed a buffalo, so close he could touch it with his toe, with his .460 Weatherby held across his knees because he didn’t have time to bring the gun to his shoulder.

A friend of mine, who is a wonderful rifle shot, went on safari with a PH who shot when he shouldn’t have. When they got back to camp, my friend went in the cook tent and came out with a couple of cans of condensed milk.

“Throw the other one,” he ordered, and hit that one, too.

But you don’t have to tell the good ones.