The “case for free guns” post prompted a lot of comments and questions. Here are some of the answers. First,... 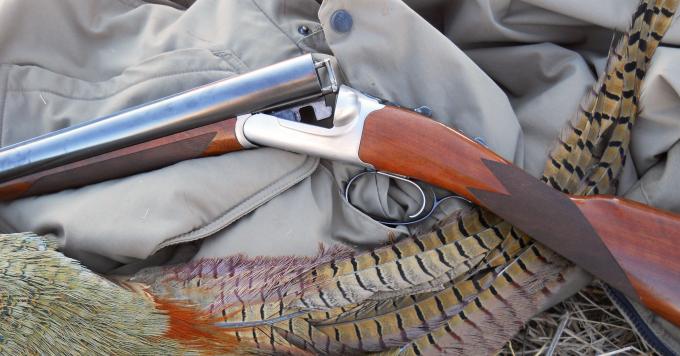 The “case for free guns” post prompted a lot of comments and questions. Here are some of the answers.

First, thanks to pbhead for suggesting that I have a tough job. However, I must disagree. Coal miners have tough jobs. Even my editors have tougher jobs than I do. They have to do more and more with fewer people all the time. I just write about guns.

I am lucky to work for Field & Stream, one of the few outlets that allow writers the freedom to bite the hand that feeds. A few years ago I wrote something snarky but not untruthful about a well-known manufacturer’s guns. The company then scheduled a time at SHOT to meet with __F&S editor Anthony Licata and our chief ad salesman. At the meeting, reps for the manufacturer yelled at Anthony for 20 minutes before pulling their advertising for the year. Afterward, Anthony said to me, “Keep doing what you’re doing.” That wouldn’t happen at other magazines. I’ve done reviews and product pieces for other magazines in the past, and it’s depressing. Ad people tell you what products to cover and what not to cover. You have to convince yourself that readers know they’re getting advertorial when they open the magazine.

Contrary to what you might expect, review guns are usually pulled out of inventory, not cherry-picked for function, or appearance. I prefer it that way, because then I review guns representative of what you’ll get at the store. But, it means I wind up with some lemons, too; a manufacturer once sent me a gun that discharged when the action closed. However, when I receive a lemon, I’ll return it for another gun. In a review, I would make note of the fact that I sent the first gun back because it didn’t work. In the case of the slam-firing gun, I sent it back, it came back to me “fixed,” and it fired again when the action closed. I sent that one back, too, and decided, in that case, two strikes were enough.

As to how much I shoot the guns I review, it varies greatly. I shoot and hunt with some for months before writing about them, but others I can take to the gun club only a few times. You can learn a fair amount about a gun’s handling and shooting characteristics with only a little hands-on time, and you don’t have to shoot a gun at all to examine fit and finish, but I rarely have the opportunity to run enough rounds through a gun to see if it holds up over time and heavy use. That’s the biggest frustration with my job: I can tell you if I like a gun based on how it handles, shoots, and what features it includes, but I can’t tell you if it’ll still work years from now nor what problems may crop up along the way. I wish I had endless pallets of ammunition and a crew of interns I could send forth with a gun and instructions to shoot it until it breaks, but I don’t.

I’ve been given exactly one gun in exchange for a favorable review, though it was not given in the sense that a gunmaker said “Write us a good review and you can keep the gun.” I positively reviewed a neat, not terribly well-known Spanish gun in the magazine, then asked the company’s media guy, who was thrilled with what I’d written, if he would extend the loan so I could review the gun for another publication. “Keep it as long as you want,” he said. “In fact, you can have it.” So I kept it.