Putting Some Spring in Your Rifle

Photograph: Wolff’s BlitzSchnell If you’ve run out of things to aggravate yourself about, try this: Seattle, in what is half-jokingly... 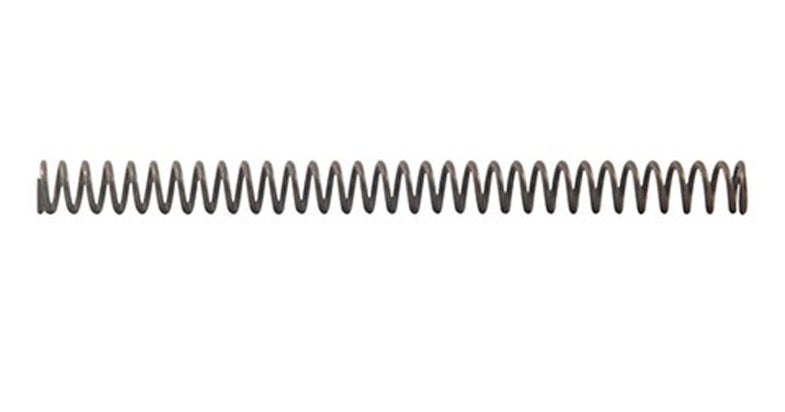 If you’ve run out of things to aggravate yourself about, try this: Seattle, in what is half-jokingly referred to as the Soviet of Washington, has voted to impose a gun violence tax on all firearms and ammo sold within the city. Retailers will have to pay $25 on each firearm, two cents on each .22 round, and five cents on all other rounds, to defray the costs of violence and, in the words of the ordnance’s supporters, help deter criminals from purchasing firearms.

I’m not making this up. If I could make up stuff like this I’d be writing for Saturday Night Live.

Here’s something else. Even as you read this, your rifle’s mainspring, the one that drives the firing pin, may be losing its zing, so that the next time you get something in your crosshairs and pull the trigger, all you’ll hear is a dull clunk when the pin hits the primer.

It happens. In my career, it’s happened twice, once with a lever action, once with a bolt. These two rifles, which had been perfectly well behaved for years, suddenly started going clunk most of the time, and so it was off to the gunsmith for a replacement. My instructions were quite specific: “Put in the heaviest g**d*** spring you’ve got.”

In Botswana, my PH had an old game-department-issue Model 70 .375 H&H that had been in constant use since the 1940s and had fired who knows how many thousands of rounds and now would hardly fire at all. The condition didn’t bother him especially, because he was used to messing with Death, but it did motivate me to shoot well so he didn’t have to.

Weak firing pins can affect accuracy even before you start hearing the magic clunk. Varying amounts of strike pressure on the primer produces erratic ignition, rotten accuracy, fear and trembling, and sickness unto death, as Soren Kierkegaard put it.

Leaving mainsprings cocked for long periods of time doesn’t help them. Nor does dirt and accumulated oil and grease, which collect inside the bolt body, in the firing pin hole, and on the firing pin. If your spring is marginal to begin with, that sludge will do it in if you get into cold weather. In fact, before each hunting season, it’s a good idea to take the firing pin and spring out of your bolt and hose everything down with Birchwood Casey Gun Scrubber. If you feel absolutely compelled to, re-oil with Rem-Oil. A gun-writing friend of mine would take the spring off the firing pin and apply numerous very thin coats of floor wax to the spring. This is a bit rich for my taste, but he says it works great.

If you like to shoot military ammo, a weak or marginal spring can cause you problems. Military primers are much harder than civilian primers. This is so they won’t slam-fire when the bolt hits them, and some civilian firing-pin springs are not powerful enough to dent them.

If you’d like to put some punch in your pin, you can have your gunsmith install an aftermarket spring with extra wallop. Wolff Springs is the go-to company for this; they make springs for many, many rifles, pistols, and shotguns, and they produce one called the BlitzSchnell (Lightning Fast) that will really get the old pin in motion.

If your rifle is going weird on you and you’ve exhausted all the usual possibilities, it may be time to pop in a new spring. And if you live in Seattle, move. Your life is in the hands of fools.