I am pleased to report that bagging the trophy you have wanted forever is every bit as sweet as you... 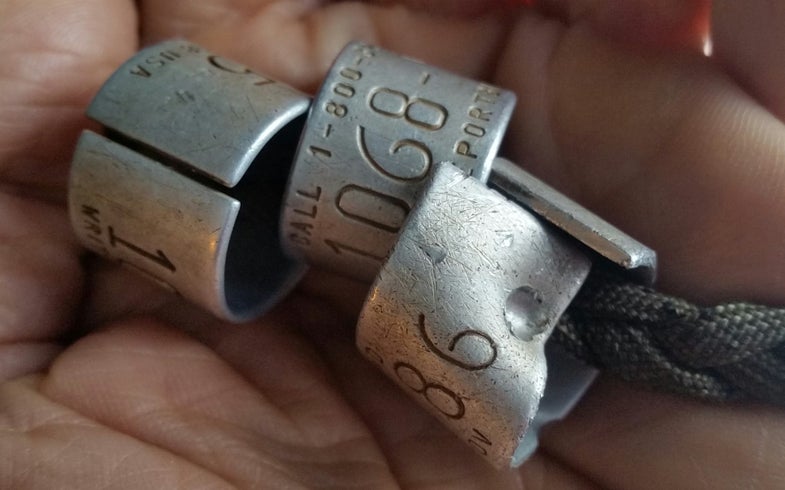 I am pleased to report that bagging the trophy you have wanted forever is every bit as sweet as you hope it will be. At least it was for me this season when I collected this prize: a perfectly shot goose band. I have wanted one for a long time. Why? Well, just because, and maybe also because when I was 11, before I even knew what a waterfowl band was, I saw “Support Your Local Sheriff” a western comedy starring James Garner. In it, Garner takes the job as sheriff of a rough western town. The mayor (Harry Morgan) gives him the previous sheriff’s badge, which has a large bullet dent in it.
Garner takes the badge and says: “That must have saved the life of the man that was wearing it.”

Morgan answers: “Well, it sure would have if it hadn’t been for all them other bullets flyin’ in from everywhere.”

I thought that was hilarious at the time. It’s the only line I remember from the movie but it stayed with me.

Forty-five years later, I shot my banded goose and shot the band. That I did it on the last day of the season in brutal cold and wind, hunting with a couple of young men I coached as high school trap shooters made it even more special.

My Browning Gold, which I thought I had stripped of enough oil so it would function at 0 degrees, seized up in the cold and wouldn’t cycle the next shell. It’s a good thing I made my one shot count. (I finished my limit with the O/U I brought just in case. It did shoot twice when called upon).

Shot-dented bands aren’t common, but it happens. Some people shoot birds that are carrying already dented bands, evidence of previous encounters with hunters. Not this one: the dent is fresh and exactly the size of the Winchester Xtended Range Bs I was shooting. And you know, it might have saved the life – or at least the ankle — of the goose that was wearing it if hadn’t been for all those other pellets flyin’ in from everywhere.