Years ago I took a friend ruffed grouse hunting. My shorthair, Sam, pointed one bird that afternoon, and I called... 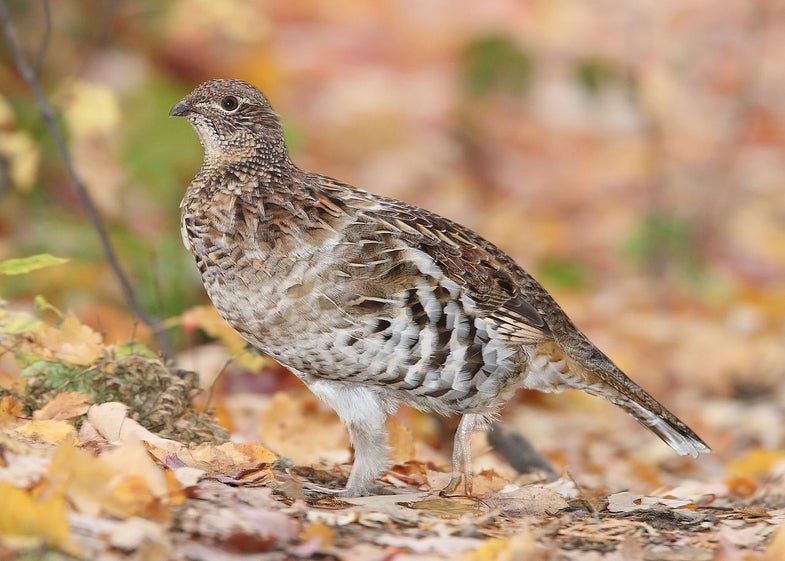 Years ago I took a friend ruffed grouse hunting. My shorthair, Sam, pointed one bird that afternoon, and I called Jim over for the shot. The bird flushed. Jim didn’t shoot. I waited, and waited, then couldn’t stand it anymore and killed the grouse.

“I was waiting for it to get into the clear,” he said.

Wait for a grouse to give you a clear shot and you may as well unload your gun and wave goodbye to it. Shooting through brush is part of hunting for grouse and woodcock.

Dave’s post on shooting through brush reminded me that shooting shotguns through brush and rifles are very different endeavours. The reason, of course, is that a rifle sends only one projectile downrange while a shotgun launches hundreds. Therefore, shotgunners can take a more relaxed attitude toward shooting through brush. Leaves and branches may stop some pellets but they won’t get them all. You need see only enough of the bird to read its line of flight and speed. Then you swing your muzzle along that line in front of the bird, pull the trigger and send the dog, whether you saw anything fall or not.

A few years ago I was partnered with sporting clays great and grouse hunting fanatic Andy Duffy on the Ruffed Grouse Society’s National Hunt. Duffy put on the finest display of field shooting I have ever seen. If a bird gave him a glimpse of its line of flight, it was over for the grouse, even in thick brush and at distances I would have thought impossible in heavy cover. Duffy would shoot, then say, “That one felt good. I’m pretty sure I got it,” and the dog would come back with a bird in its mouth.

Like me, Duffy believed in ignoring the brush. “The chances of a grouse being behind a 10-inch tree when you shoot are slim,” he said. I have cut down a tree or two with patterns but mostly I agree completely with Duffy.

His grouse shooting method works on quail, too, and anything else you shoot in the brush. Many years ago I used to hunt with a young law student who was a terrific shot but not a very experienced hunter. One day in southern Iowa his dog pointed a covey of quail along an old osage orange hedge and the birds blew out the far side. We could see only blurs through the branches. Cody stood, wondering what to do. I shot. After a few seconds, a single feather floated back to us. He sent the dog. It brought back a warm, dead quail.

Cody looked at me wide-eyed. “How did you do that?” he said.