“Michael Moore” and “reasoned discourse” are not words that you use in the same sentence, and anything that Moore says... 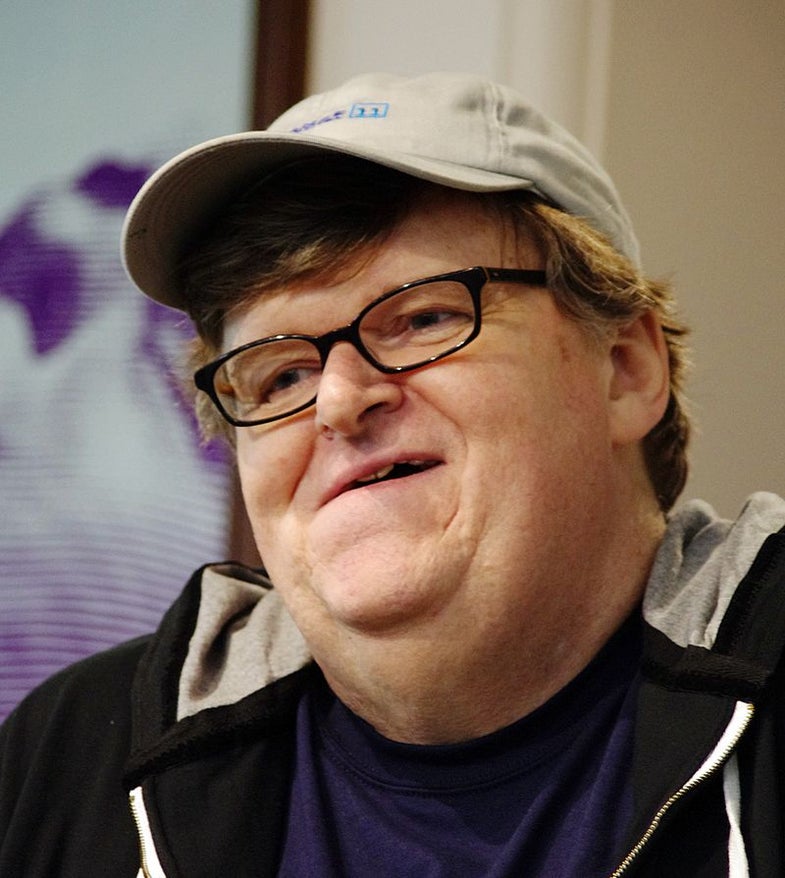 “Michael Moore” and “reasoned discourse” are not words that you use in the same sentence, and anything that Moore says that involves firearms is comprised of one-half ignorance and the other half hysteria, so this post is probably a fool’s errand. On the other hand, the range is snowed in and it’s too cold to shoot anyway, so Michael Moore it is.

In response to the unexpected boxoffice landslide of “American Sniper,” Moore tweeted: “My uncle killed by sniper in WW 2. We were taught that snipers were cowards. Will shoot you in the back. Snipers aren’t heroes. And invaders r worse.”

It turns out that Moore’s father served in the First Marine Division during World War II, and his uncle, Lawrence Moore, was a paratrooper, presumably in the 11th Airborne Division, who was killed in the Philippines. So we arrive at the first question, which is how does Michael Moore know his uncle fell to a sniper’s bullet? Did other members of his unit find the guilty party, strapped to his Arisaka? Did the alleged sharpshooter appear before Paratrooper Moore and announce, “Hello, I am Hidetaka. I will be your sniper today.” Through the fog of war, how are we to know? Moore never says.

Moore also fails to mention that his father’s Marine division made considerable use of its own snipers. Were these men cowards? (And I can’t help but wonder what the Marine and the Paratrooper would think of the man that Michael Moore turned out to be.)

“We were taught that snipers were cowards.” Very likely true. American soldiers and Marines hated the Japanese without reservation and without qualification, and they particularly detested snipers. In the American war movies made during the conflict and for years afterward, the Japanese Sniper was as much a stock character as the Kid from Brooklyn, or the Green Lieutenant, or the Wise Sergeant, or the Cowardly Soldier (Marine) who eventually gets his nerve, throws himself on a grenade, and wins the Medal of Honor. All you had to hear was “sniper” and you knew some poor G.I. who had just finished writing his wife and kids (and reading the damn thing) was about to catch a bullet.

According to Moore: “My dad always said ‘Snipers are cowards. They don’t believe in a fair fight. Like someone coming up behind you and coldcocking you. Just isn’t right. It’s cowardly to shoot someone in the back. Only a coward will shoot someone who can’t shoot back.’”

This is not unique to World War II. There’s a letter from a Union soldier who served at the Siege of Petersburg complaining bitterly about the incessant sniping by both sides. It was little better than murder, the writer said; it gave no advantage to either side, and only served to deprive so many poor fellows of their lives. But the whole nature of war is to do away with the other guy without giving him a chance to do away with you. To think otherwise is Moorian. Or Mooronic.

“Invaders.” Let’s see: We’ve invaded Sicily, North Africa, Italy, France, France, Belgium, Holland, Germany, Japan, innumerable Pacific islands, and Korea. By Mr. Moore’s thinking, these countries would all have been better off if we had kept our invasions to ourselves. Maybe next time.

Moore seems ignorant of what a sniper is. He refers to Robert Ford, who shot Jesse James in the back, as a sniper, and to James Earl Ray, who murdered Dr. Martin Luther King, as a sniper. These people are not snipers. A sniper is a soldier or Marine who is given specialized and intensive training, issued equipment which other soldiers and Marines don’t receive, and given assignments which regular infantry don’t get. The military is very specific about this. Designated Marksmen, whose training and gear are somewhat similar to those of snipers, are not called snipers because their mission is different. Only in Michael Moore’s fevered brain is a Robert Ford a sniper.

Snipers, as Moore doesn’t know, or chooses to ignore, lack two advantages that common soldiers have in battle. They don’t have their friends around them, and they must act in cold blood. There’s no “heat of battle” during which a sniper can go temporarily brave and win medals. They get to think about things beforehand. A friend of mine who served in Vietnam was required by the nature of his work to be inserted by helicopter far from American lines. He said that the most frightening part of the whole business was when the chopper took off and left him all alone, very far from help. From that moment until he was extracted and back in his own lines, he was on his own and in mortal danger. This is what snipers do.

If Michael Moore would like to read a chronicle of sustained bravery that is almost beyond comprehension, he should pick up a copy of “White Feather,” the biography of Gunnery Sergeant Carlos Hathcock, who is the patron saint of Marine snipers. Why a movie has never been made about Gunny Hathcock is beyond me. Possibly because Michael Moore would disapprove.