Some Thoughts on Recoil Tolerance

You build a tolerance for recoil. If you don’t believe me, try shooting from your off-side shoulder and see what... 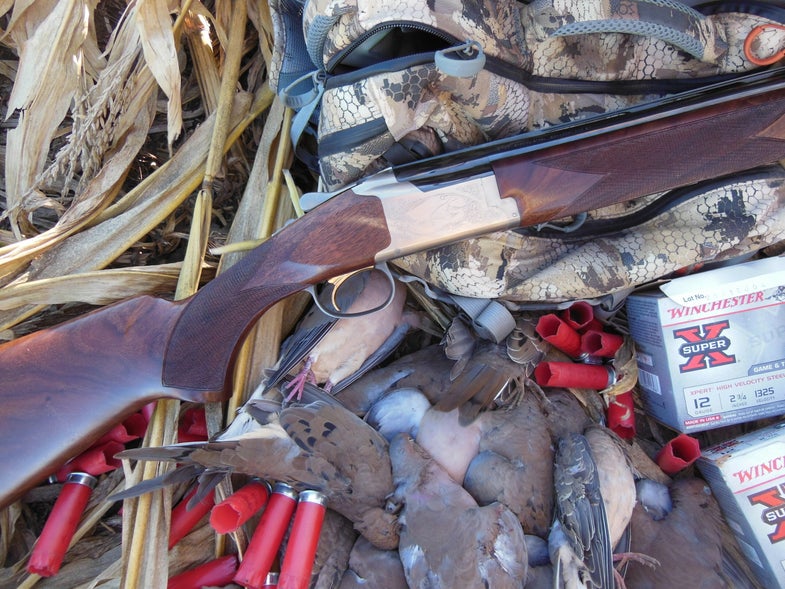 You build a tolerance for recoil. If you don’t believe me, try shooting from your off-side shoulder and see what it feels like. You learn to brace yourself, and you become habituated to the kick.

I have been thinking about this, because I’m in my annual transition from target loads to hunting ammo. To avoid detached retinas and other occupational hazards, I do all my summer shooting with slow 3/4- and 7/8-ounce reloads.* I like them not just because of the low recoil, but because it’s easy to see where the gun was pointing when you pulled the trigger on a miss. You can call your shots and diagnose your mistakes easily.

The downside is, if you shoot a lot of 1200-fps, 7/8-ounce loads, everything heavier kicks. When you go down to 3/4-ounce loads, even the 7/8-ounce stuff hurts. The first couple of dove hunts of the year I really noticed the recoil. And, although it didn’t stop me from shooting fairly straight, I started thinking about trading my 12-gauge dove gun for a 20. Then came teal season. Since there was a possibility of a goose as well as a teal I shot 1 1/4 ounces of 1450 fps HeviMetal 2s on opening day of teal season. In the excitement of the year’s first duck hunt, I didn’t feel much pain. And, now that I’ve set off those 1 1/4-ounce, 1450-fps duck loads, I realized last night in the dove field that all recoil is relative: I hardly felt a thing shooting fast 1-ounce dove loads. I think I’ve reconditioned my shoulder for fall. Although the loads get heavier later in the year, so do the layers of clothing, and the excitement level ratchets up, too. I hardly ever notice recoil when I shoot at a mallard, goose, or pheasant.

The moral of the story: A little recoil is good for you. It helps you build a tolerance. Too much recoil can injure you and should be avoided, but to paraphrase Nietzsche, that which does not injure us makes us stronger.