Some Thoughts on the Fourth

I find it useful to remember that by signing the Declaration of Independence, the 56 men who did so were... 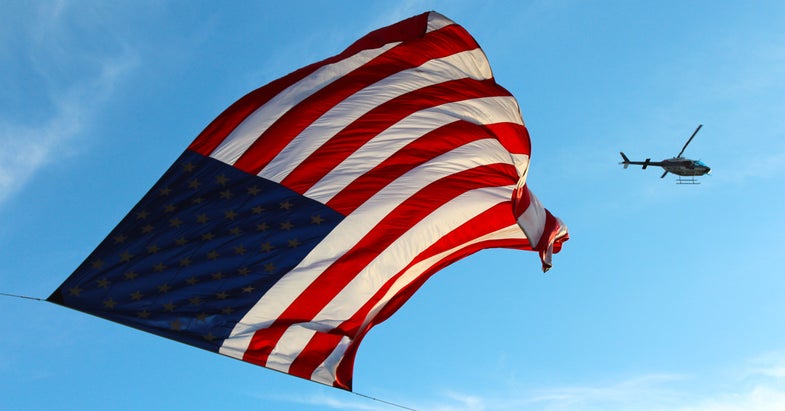 I find it useful to remember that by signing the Declaration of Independence, the 56 men who did so were committing treason against the British Crown, and made themselves liable for a trip to the gallows if the War of Independence went the wrong way. When Benjamin Franklin said, “Indeed, we must all hang together or we shall all hang separately,” he was not joking.

Feel free to contrast this with the behavior of our current officeholders.

It’s traditional to write something inspirational on the Fourth. In order to do so, I have to go back to my favorite (because I was not in it) war, the Civil War, and because symbols thereof are much in the news now, and I can find precious little in the current headlines to uplift the heart. (The Governor of Maine appears to have become insane, but this is interesting, not inspirational.)

I doubt if one college graduate in a hundred could tell you when the Civil War was fought, what it was about, and who won. It was a contradictory war, and does not lend itself to the precepts of political correctness which trump all else, especially truth, on college campuses.

General William Tecumseh Sherman was equaled in ruthlessness by only two or three other officers in that war. He said, “I will make Georgia howl,” and he was as good as his word, and did even worse when his troops got to South Carolina. But when General Joe Johnston surrendered to him in 1865, the terms he offered Johnston were so generous that there was a great howl for Sherman’s head from all the noncombatants in the halls of Congress.

But amidst the ambiguity, Lee’s surrender to Grant at Appomattox Courthouse, was one of the great moments in American history, and in the history of the American military, and probably in history generally. Lee could have refused to surrender and disbanded his army to fight as guerillas. There was considerable pressure on him to do so, and the damage this would have done is beyond calculation. He went to surrender assuming that he was now to be Grant’s prisoner and might shortly be tried for treason, or taken directly to the gallows. The calls for vengeance on the Confederacy were very, very loud, and again, from the men who had not borne the battle.

But Lincoln had told Grant, “Let ‘em up easy,” and Lee kept his sword, and there were no trials for treason, and no hangings, and his men stacked their muskets and went home.

The latest, and most accurate, estimates of Civil War fatalities are between 750,000 and 850,000. This is the equivalent of 7 million men today. As historian Ken Burns said, “Everyone in the country knew someone who should have been alive, and wasn’t.” It was fought with increasing ruthlessness as it went on.

But it ended with a magnanimity that was probably never before seen, and will likely never be seen again.

And a footnote: William Tecumseh Sherman died in 1891, a popular hero, and his funeral was an elaborate affair, held in New York City. It took place in the pouring rain, and among the mourners was General Joe Johnston, who stood hatless out of respect for his late friend. When someone suggested that General Johnston, who was now very old and frail, cover his head, he replied: “If I were in his place, and he in mine, he would not wear his hat.” Joe Johnston contracted pneumonia the day after the funeral and died two weeks later.