Today’s gun fight comes to you directly from the floor of SHOT 2015 and features a pair of very strange... 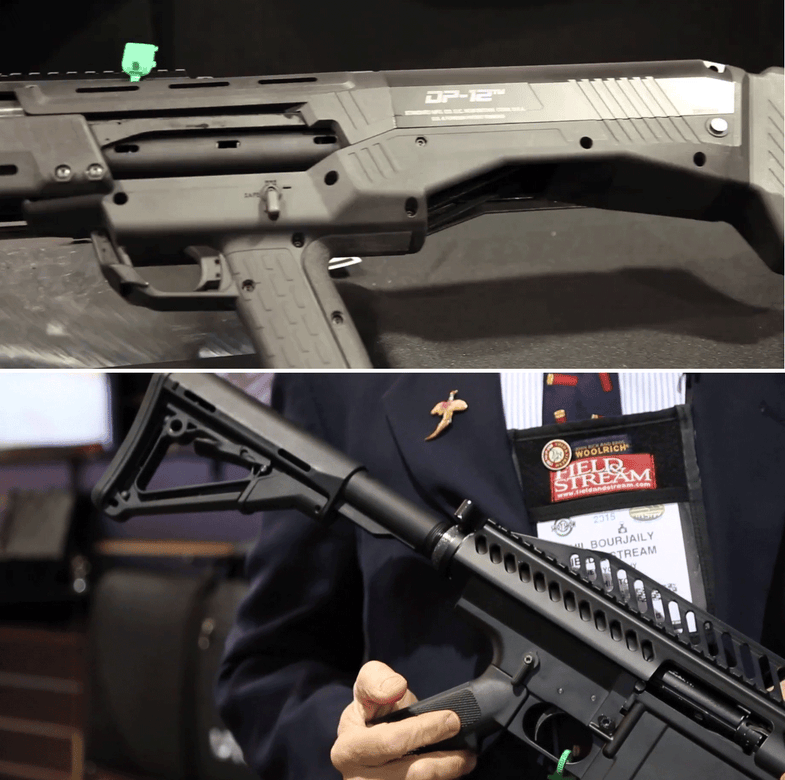 Today’s gun fight comes to you directly from the floor of SHOT 2015 and features a pair of very strange tactical shotguns pitted against one another.

In one corner we have the AR -styled UTX 12, a gas semiautomatic from UTAS, maker of the UTAS 15 I shot at range day. It loads from box magazines holding two, five seven or ten rounds.

The second gun is the supremely weird DP 12 from Standard Manufacturing, which I can neither confirm nor deny is a spinoff of Connecticut Shotgun Manufacturing Company. The DP 12 is actually two pumps put together side by side and controlled by a single trigger.

You pump once, shoot twice, and repeat until both seven-round magazines are empty.

Those are your choices. Vote and comment below. We’ll get back to regular guns next week, especially if you send more gun pictures to fsgunnuts@gmail.com.