The Quality of Mercy

“The quality of mercy is not strained; it droppeth as the gentle rain from heaven upon the place beneath.”—The Merchant... 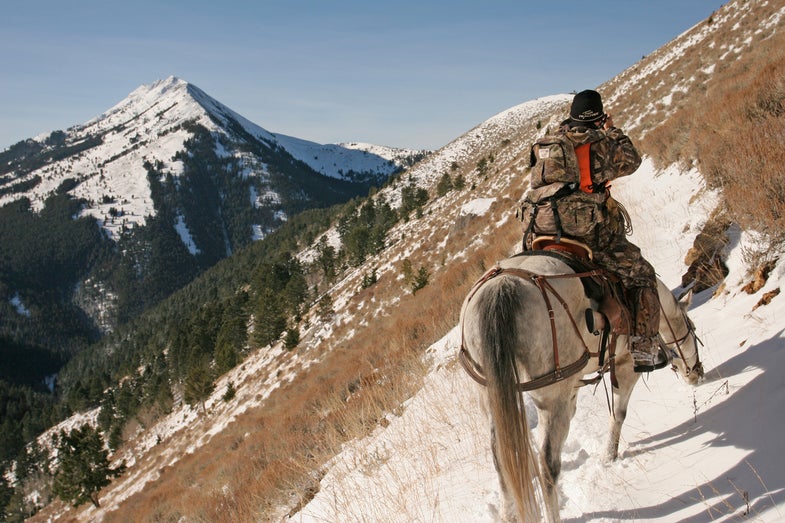 “The quality of mercy is not strained; it droppeth as the gentle rain from heaven upon the place beneath.”—The Merchant of Venice

A few years ago, a friend of mine who was then in his mid-60s, had been a lifelong smoker, and was a former Marine combat officer, asked my advice about going on a sheep hunt in Alaska. It was to be him and one other hunter and the guide.

“How old are the other guys?” I asked.

He went, and did not get a sheep, and had a wretched time of it because the other two would walk away from him and leave him half a mile behind, trying frantically to catch up with his geezer lungs and legs. He was pissed off at the other two, and asked what I thought:

“They’re right; you’re wrong. They can’t show you any mercy. You’ve got to cover ground, and there’s no other way to do it. You held them up, and you shouldn’t have.”

One of the cruel ironies of life is that by the time we can afford a lot of hunts, we’re too old to go on them. Elk come to mind, as do moose in bog country, sheep, goats, and Cape buffalo. The cruel fact is that if you’re 60 plus, you’re still 60 plus, no matter what kind of shape you’re in, and you will not be able to keep up with a 40-year-old or a 50-year-old for more than a day.

I remember an elk hunt when I was in my 30s when, one evening, the outfitter’s wife asked me to go down into the cellar and get her some potatoes. I was so worn out that it took me 5 minutes to get up that short flight of stairs. The next morning I was running up mountains again. At 40, you may be still be able to recuperate that way. At 50, very few can. At 60, forget about it.

Most outfitters don’t enquire after your physical condition. They assume you know what the hunting is like and that you know whether you’ll be able to hack it. If you don’t know, and find out you can’t manage it, this will not be appreciated. They don’t want to have to worry if you’re going to drop dead on the next uphill grade.

The average 20-something assistant guide can’t imagine dying, and the problem will never occur to him until you emit a gurgling noise and pitch forward, never to rise again.

I hunted in Colorado with a friend who had undergone a very bad heart attack a decade earlier and whose lungs, thanks to a lifetime of cigarettes, probably resembled a couple of charcoal briquettes. At the end of a not very hard day, he was gasping for breath and had turned pale green.
“For God’s sake,” I said to the kid who was guiding him, “look at that guy. You’d better take it a lot easier or you’ll be dragging him down the mountain.”

It had never occurred to the kid. At 20 something, death is what happens to other people. But if you’re in the so-called golden years, it should occur to you.