“Revenant” is an archaic term for someone who rises from the dead, and it’s fittingly applied to one of the... 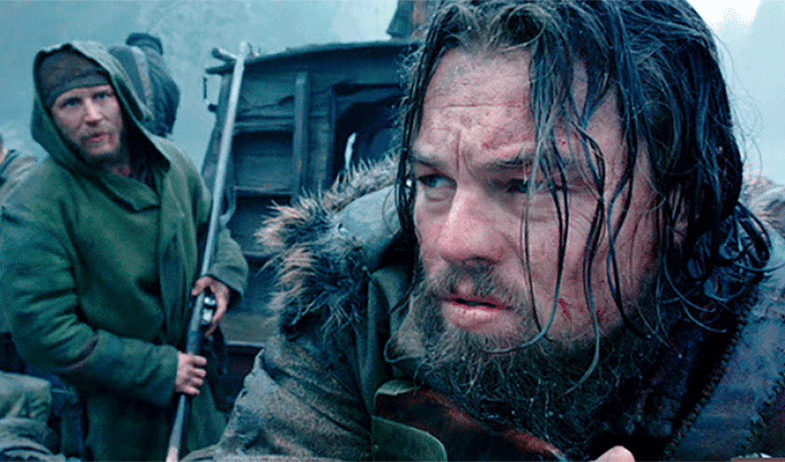 “Revenant” is an archaic term for someone who rises from the dead, and it’s fittingly applied to one of the great survival stories of the American frontier. In August, 1823, a 40-year-old trapper named Hugh Glass was mauled by a grizzly near what is now Perkins, South Dakota. Glass was a member of an 80-man “corps” commanded by one James Ashley, and Ashley, fearing that if the men remained where they were, they would be wiped out by Arikara Indians, who had already had at them.

Convinced that Glass would not survive for more than a day or two, Ashley called for volunteers to stay with him until he died while the rest of the corps tried to make it to safety. No one volunteered, so Ashley took up a collection, and the two men who agreed to watch him “go under” for $40 each were a very young Jim Bridger and one Thomas Fitzgerald. They stuck it out for two days and then, fearing for their lives, took all of Glass’ belongings and ran, later reporting to Ashley that Glass had died and they had buried him.

But he hadn’t. Despite horrendous injuries, including a broken leg which he set himself, he managed to crawl, and then hobble, 80 miles (or 100, or 200) to Fort Kiowa on the Missouri River. He had determined to kill the men that abandoned him, but spared Bridger because of his youth, and found that Fitzgerald had joined the Army, and that the penalty for killing a soldier was death.

It’s one of the great, true, mountain man stories, and is the basis for an unforgettable movie, which you can consider the anti-Jeremiah Johnson.

The violence in Jeremiah Johnson (hereinafter referred to as JJ) is highly sanitized. In The Revenant it is not. The grizzly attack is one of the most astonishing things I’ve ever seen on the screen, and you find yourself wondering even as you watch it how in the world did they do that? (A digression: The bear breaks off at one point and then comes back to administer some more mauling. This actually happened to an Alaska guide named Field Johnson. He was chewed, but good, and then the bear left off and waited some distance away. When Johnson began to move, the griz came back and gave him some more personal attention. Johnson survived, but later went mad from the experience.)

All the killing, and there is a lot of it, is graphic, including an Indian attack that begins as has no other Indian attack in the history of the cinema. In JJ, there’s considerable humor, a lovable codger, a sidekick of sorts, and plenty of memorable dialog. In Revenant, nearly everyone is treacherous, half-crazy, terrified, murderous, or all of them. There’s not a scrap of humor. The characters speak in French, Arikara, or authentic Mountain Man Gibberish. I was unable to understand a good deal of it, hearing aids notwithstanding, but you may do better, and you don’t really need to follow the dialog anyway.

JJ has magnificent scenery. Here, the landscape is brooding and desolate. In JJ, there are sunny days as well as freezing ones. Revenant has only dark days; it’s filmed with a strange overcast to it, as you might find in a nightmare. There’s no warmth, only rain, sleet, fitful snow, gale winds, and bitter cold.

I understand that Leonardo DiCaprio, who plays Hugh Glass, was paid $22 million for his work. Good; he earned every cent of it. I would have died two days into the filming if I had gone through what he did.

There’s one final irony. The real Hugh Glass was killed by Indians 10 years after his ordeal by grizzly. They don’t show this in the movie, but that’s all right. He made it back; he survived; and that’s the whole point.