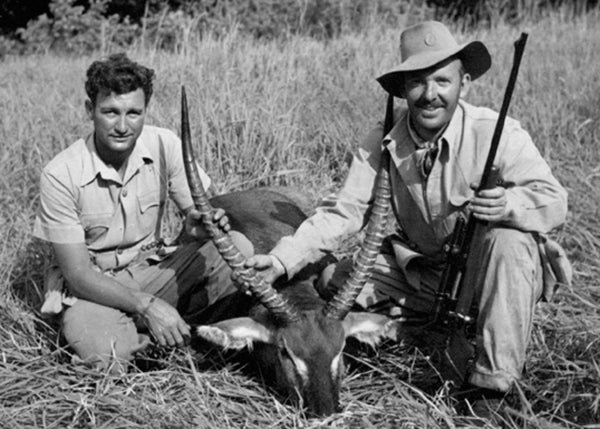 Last week, I began a book which I first read 60 years ago, in 1955 when it was originally published. The dust jacket is long gone; the front cover is torn off; the spine is missing; the pages are yellowing and stained. I don’t know how many times I’ve read it, but it’s the book that got me to Africa, and one of the very few whose fascination has never worn off. The title is Something of Value, and the author is Robert Chester Ruark, who was born in North Carolina in 1915. Something of Value is about the Mau Mau uprising in Kenya that took place in the early 1950s. The book was described at the time as a “bucket of blood,” and I recall my parents had an argument over whether I should be allowed to read it. It was a very different world then.

Ruark would not feel at home in this world; the Africa he knew and loved is long gone. It is quite likely that long before the end of this century, elephants and lions will be seen only in zoos. Ruark was politically incorrect; it would be impossible for him to find a publisher now, writing as he wrote. Perhaps, in a way, it was fortunate that his liver disintegrated in a London hospital in 1966.

He lives on, though, because of a series he wrote for Field & Stream that began in February, 1953, and ran until November 1961, 106 columns in all. It was called The Old Man and the Boy, and it is Ruark’s monument. The series was set in a small North Carolina town in the 1920s, and is the story of a boyhood spent hunting and fishing in the company of a grandfather, based on Ruark’s two real life grandfathers.

The Old Man and the Boy was about your own boyhood, or the boyhood you wished you had. Ruark’s genius was in description; he could make you smell and taste and hear and touch. If you had never been near a North Carolina salt marsh, you would still know exactly what it was like.

Each episode also contains a small moral. The Boy kills the mockingbird that sits outside his window. “Murderer,” the Old Man calls him, and informs the local game warden. The Boy, on his first quail hunt, is about to climb a fence with a shotgun the Old Man claims he unloaded. “Pull the trigger,” says the Old man, “there’s nothing in it.” But of course there is, and the gun goes off, scaring The Boy out of his wits, and teaching him that when you climb a fence, you do it with a gun broken and the chambers there for you to see.

And at the end of the series, the Old Man goes to a clinic in Baltimore, and when he returns he tells the Boy that he has cancer, and is going to die, and the paragraphs in which he does so are some of the greatest writing to appear in Field & Stream, and I can recite them from memory.

What you will not see in The Old Man is Ruark’s friends. He apparently did not have any, so bright was he and so far ahead of all the other kids. He was a reader and a loner.

The Old Man and the Boy went immediately into book form as soon as it stopped running in the magazine, and is, I believe, still in print, which is nearly unheard of in general fiction, and is completely unheard of for a book on hunting and fishing by a writer whose political opinions are not fashionable today.

Ruark was often compared to Ernest Hemingway, and unfavorably at that. I like to think of him as Hemingway without the machismo, the philosophizing, and the general bulls**t. He was a storyteller, nothing more, nothing less. His book, Horn of the Hunter, is still the best book about a safari, and is superior to Hemingway’s The Green Hills of Africa.

He wrote other novels beside Something of Value, but was unable to strike the same sparks. When he died, he was probably written out. As it was, his career was almost unbelievably prolific. On his gravestone in Palamos, Spain, it says:

Robert, Ruark, writer. And that, by god, he was. Would that I could do a tenth as well. If you have not read him, you should. He is still a great treat, and writers, living or dead, appreciate being read.