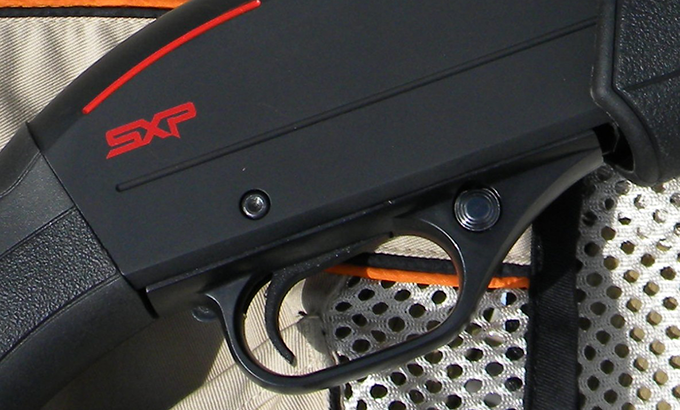 Although I dutifully test and record trigger pulls when I shoot a review gun, I rarely notice trigger pulls when I’m shooting at birds or clays. My dad taught me that shotgun triggers were slapped, not squeezed and ever since I have shot guns with triggers from 2 to 10 pounds without being able to tell the difference. My old Benelli Nova had a particularly stout trigger, the kind where you can (with the gun unloaded, of course) hang the 8-pound gun from your trigger finger and it won’t go off. Novas were brand-new at the time and I had one of the first ones. Lots of people wanted to shoot it when I took it to the gun club. They would call for a target, pull the trigger, and, when nothing happened, check to see if the safety was still on. It wouldn’t be. They would shake their heads and hand the Nova back to me. I would go right on breaking targets with it. I loved that gun.

The consensus among gunmakers is that a good shotgun should have trigger pulls around 4-4 1/2 pounds. Anything lighter isn’t safe in the field, anything much heavier supposedly hampers good shooting. A random sample of the guns in my safe shows pulls mostly from 4 to 7 pounds, which is about standard, although 8-10 pounds, like my old Nova, isn’t unheard of.

I slap them all and can’t tell the difference among them. I wasn’t aware of my trigger habits until I went to Gunsite Academy in 2004 to learn how to shoot rifles. My instructor watched me shoot a few shots and said “You’re pulling the trigger with all five fingers.” He taught me to press a trigger as if I was clicking open a ballpoint pen. My groups tightened up right away.

While I try to remember my Gunsite teachings when I shoot rifles, turkey and slug guns, I still pull shotgun triggers with all five fingers. It may not be the best habit, but my rationale is, I want the gun to shoot right now when I pull the trigger. I definitely don’t want to be surprised when it goes off if I am leading a moving target.