In a paroxysm of Vesuvian proportions, Nosler has spewed forth its Reloading Guide Number 8. (How’s that for a lead... 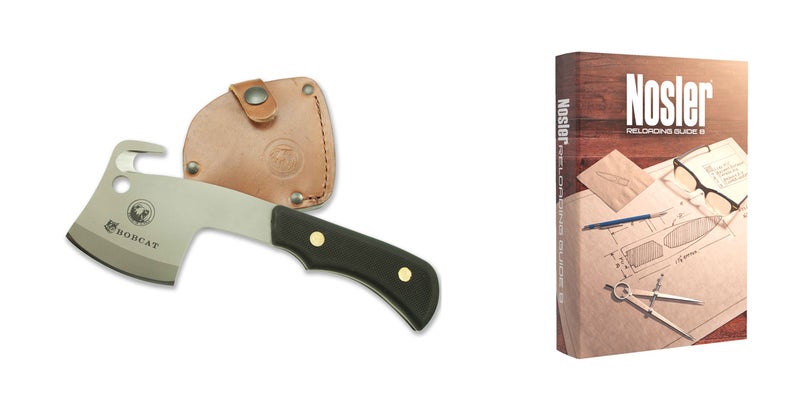 In a paroxysm of Vesuvian proportions, Nosler has spewed forth its Reloading Guide Number 8. (How’s that for a lead sentence?) No. 1 appeared in 1976 and was 278 pages. No. 8 has 800 pages, and contains so much information, history, and useful opinion that it is probably radioactive, and in fact came to my house in a plain, unmarked box. The highlight of the book is unquestionably the foreword, because I wrote it, and it is the reason you should all buy a copy.

One unexpected note is a tribute to the late Chub Eastman, who worked for Nosler, and who is sorely missed, and to half a dozen other notables in our business who have passed since Reloading Guide No. 7 came out. There is a priceless photo of former Marine sniper Eastman after he left the Corps with a full head of long hippie hair and a headband, sighting down the barrel of a trap gun. All in all the tribute is a very gracious thing to do, and I have no doubt that the idea came from Bob Nosler, who operates on a higher level than most human beings.

I believe I’ve seen more Knives of Alaska knives in the hands of guides and outfitters than I have any other make. This is because the head of the company, Charles Allen, is an Alaska guide and former game biologist, and has disassembled entire zoofuls of critters of all sizes. He knows what a knife should do.

The latest from Mr. Allen is the Bobcat, a mini-hatchet that’s designed for field-dressing and incidental whacking and hacking. At 9.5 ounces and just over 8 inches in length, the Bobcat is about the same size as a hunting knife, and is made of D2 steel, which is very tough stuff and reasonably stain-resistant. There’s a gut hook that’s actually big enough and of the right shape to zip open a critter, and the Bobcat has enough heft and a strong enough edge to cut through the sternum and pelvic girdle and detach the legs from the body. Be advised: It is sharp as hell; handle accordingly.

The Bobcat comes with a leather sheath for $69.99, or in combination with KoA’s Alpha Wolf drop-point hunting knife for $149.99. You can see the Bobcat at Knivesofalaska.com.