By sheer coincidence I’ve just read two books on the commando war in Norway waged against the Germans during their... 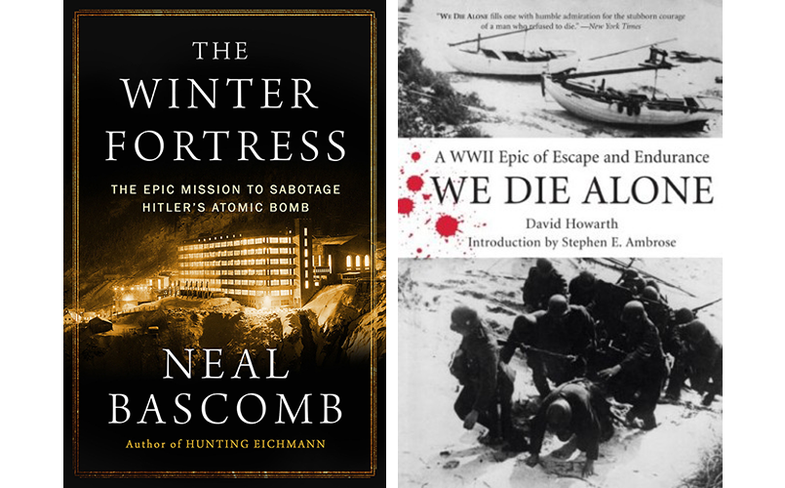 The Winter Fortress, by Neal Bascomb and We Die Alone, by David Howarth.. Wikimedia Commons
SHARE

By sheer coincidence I’ve just read two books on the commando war in Norway waged against the Germans during their occupation of 1940–45. One is titled The Winter Fortress, by Neal Bascomb; the other is We Die Alone, by David Howarth*.

Hitler wanted Norway for its ports, its iron ore, and its heavy-water plant, which was needed for atom bombs, and so he flooded this country of (then) 3 million people with 300,000 troops. The military takeover required only two days.

Some Norwegians escaped to Great Britain, where they were trained as commandos. These books are the stories of two of these commando units, and their missions. One raid was directed against the heavy water plant. The other was meant to organize Norwegians into resistance groups and equip them with the tools they needed to make mischief.

One mission, despite great odds and incredible danger, went with surgical precision. The other was a catastrophe from the outset. What the two have in common is the stories of small groups of insanely brave and tough elite soldiers operating under the worst conditions imaginable. Much of Norway’s population, even today, is centered in cities because much of the countryside is so barren, cold, and inhospitable that human beings cannot live there. A retired-Marine friend of mine participated in winter maneuvers in Norway in the 1980s, dressed in the best cold-weather gear the Corps could provide at the time, and says he was never warm. That gives you an inkling.

Add to that the fact that with such a small population, and so many occupying Germans, there was almost nowhere and no way to hide. Any stranger was certain to be observed. Any change in the routine of a family who was harboring a commando was certain to be noticed, and all it took was one slip of the tongue to generate a visit from the Gestapo which, in turn, meant a counseling session and, if you were lucky, a firing squad. If you were not lucky, you went to a concentration camp where the end result would be the same.

Both writers interviewed the people involved (We Die Alone was written in 1955 when most of the principals were still alive) and even walked and skied the countryside on which the dramas played out. These books are chronicles of courage and endurance that will leave you shaking your head at how much human beings can take and not die, or go mad, or put a pistol to the head and simply end the suffering. Get both and be glad you were not there.

*Howarth, who died in 1991, was a fine writer, and one of the best British military historians of modern times. His Waterloo: a Near-Run Thing, is the best book I’ve read on that battle.