Bobby Holik, the guy wrist-shooting clays in this video, played on two Stanley Cup champions as a member of the... 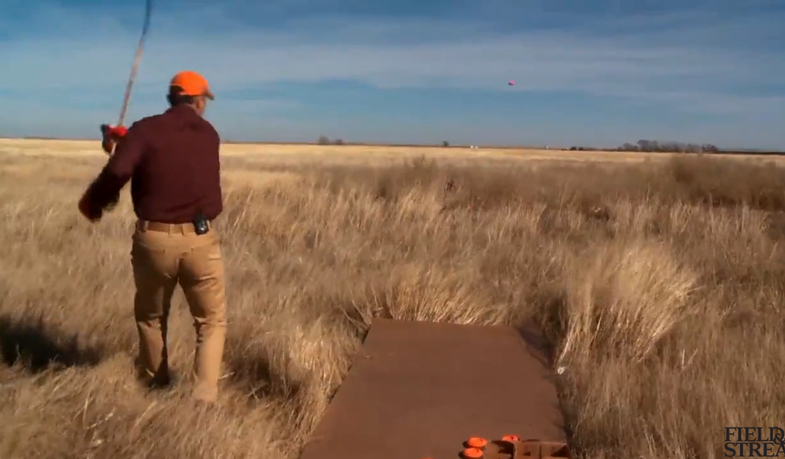 Bobby Holik, the guy wrist-shooting clays in this video, played on two Stanley Cup champions as a member of the New Jersey Devils in the 1990s. Holik was born in Czechoslovakia and became a U.S. citizen in 1996. He is retired from hockey and is, among other things, a celebrity spokesman for CZ-USA.

Jon Ross, who films the Gun Nuts, sent me this clip from another show he works on. He wrote:

“CZ-USA’s American Birdhunter was filming a quail show in West Texas. Former NHL All-Star and current CZ spokesman Bobby Holik joined the crew for the hunt. After a couple of decent days of hunting, a strong wind moved in and things got tough. So Bobby took off for a discount store and bought a thin sheet of plywood. He used that as a kind of ramp to fling clay targets off with his hockey stick and the guys took turns trying to shoot at clays that he would wrist-shot into the air.”

I used to have kind of a wrist-rocket thing for throwing clays, but I have never tried anything like this. I know nothing about hockey, but it seems to me hitting clays that far without breaking them would not be anywhere near as easy as Holik makes it look, and he’s very consistent with them, too.