Why the Big Ones Get Away

This year, I heard from two sorrowful nimrods who shot at very big whitetail bucks, hit them, and had them... 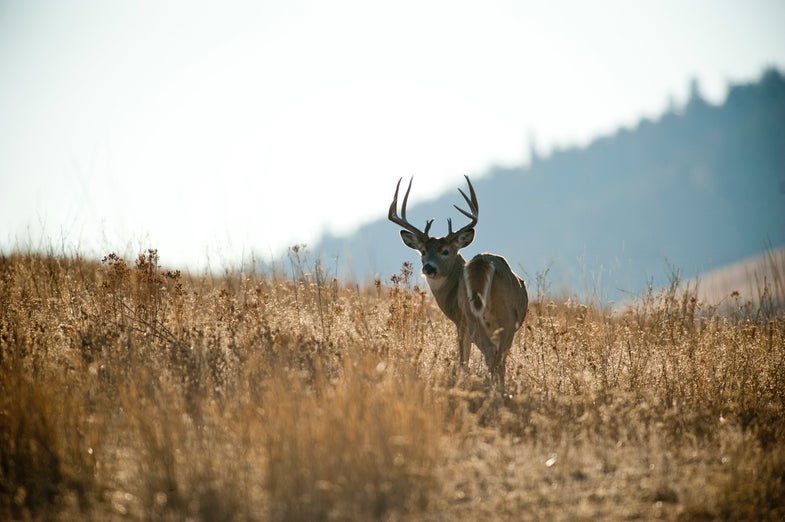 This year, I heard from two sorrowful nimrods who shot at very big whitetail bucks, hit them, and had them escape, never to be found. Indeed, there is hardly an experienced hunter out there who has not had this happen, and has the rest of his or her life to wonder what happened.

Sometimes, the deer dies but is never found because the blood trail runs out and the tracks are impossible to follow. I know of a whitetail that was shot in South Carolina and, before his time ran out, managed to squirm under a truly infernal tangle of brush into which it was impossible to see for more than a few inches. Six experienced hunters looked for him for three hours with no luck, and he was found only when Bobby the Testicle Eating Yellow Lab was brought to the scene and found him in a few seconds. (Whenever Bobby found a lost deer, he was given the balls as a treat.) The whitetail had gone not farther than 30 yards from where he was hit.

I think that many deer are wounded instead of killed because of a form of buck fever from which no one is immune. One of the hunters who lost a deer this year has only a few years’ experience; the other has over 60. Because of this, either of two things happen: One, you flinch, but are not aware of it. Two, instead of aiming at a specific spot on the animal, you aim in its general direction, and pull the trigger when the crosshairs seem to be in the general vicinity of where they’re supposed to be, but aren’t.

This fall I shot at a nice, but not spectacular buck at 180 yards and creased him across the back. The sight picture looked perfect, and he was not so good a deer that I was taken with the ague. But the bullet went at least 6 inches high. Baffled, I went to the range and checked the rifle’s zero. It was shooting low and left. I have no idea why, as the gun was not dropped or kicked by a mule. How did a low-shooting rifle shoot high? I doubt I flinched; I have enough experience to know when I do. I re-sighted the gun and the next day shot a deer right where I aimed. (The one that I creased was killed the next day by a hunter who did not shoot high.)

Some species have a greater will to live than others. Elk are much tougher than whitetails. Most African animals can absorb a lot of punishment before they quit. I once tracked an eland bull for three days before his trail gave out. We could see he was eating and drinking, so he was going to be all right. Moose, for all their size, go down easily from what I’ve seen.

The only advice I can give you is, if you haven’t had a big one get away, eventually you will. And, even so, keep tracking until there’s no hope left, and then keep looking a while longer.