Why You Should Go to Shooting School

About three weeks ago I spent a few days at the 74 Ranch in Texas with Gil and Vicki Ash... 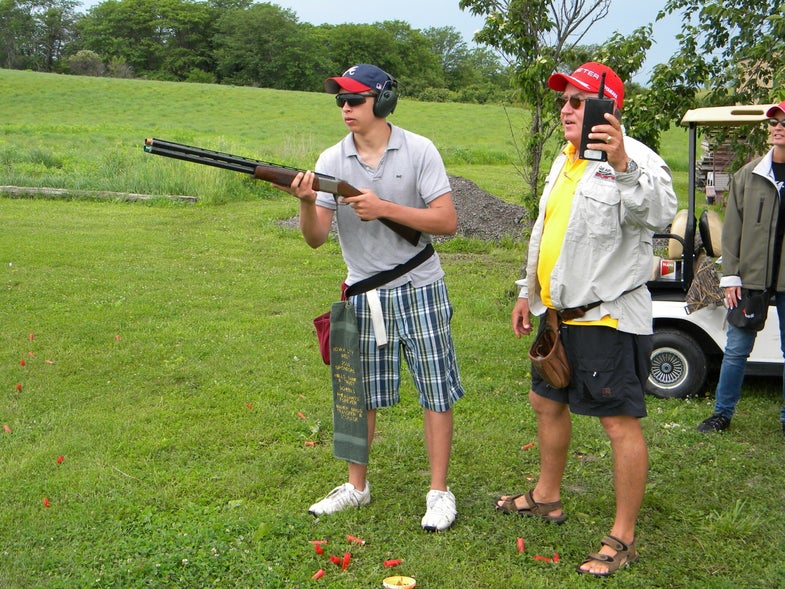 About three weeks ago I spent a few days at the 74 Ranch in Texas with Gil and Vicki Ash and Steve Brown of the OSP school. I attended the advanced sporting clays class and learned a ton, including how to hit targets at distances at which I would never dream of shooting real birds (they were really far away. You might not believe me when you read about it in an upcoming column in the magazine). I learned techniques that will make me a better shot at clays and in the field, too.

We can post all the shooting tips in the world right here, but if you really want to become a good shot, you have to spend the time and money to practice. There is no shortcut to getting better, but, you can jump-start the process by taking lessons. I started out as a lousy shot. Any improvement I have made over the years is due in great part to learning from good teachers and practicing what they taught me.

Some shooting schools travel, others always convene in the same place. Either way, it is well worth your time and money to seek one out.

Here’s what to do and what to expect:
Expect to pay $400-$500 a day or more, plus you will have to supply your own ammunition and sometimes you have to pay for targets, too. It’s a lot, but it’s also a lot less than that new gun you think will solve all your shooting problems.

You’ll be in a group of four or five, which is about the optimum size. You can take individual lessons, too, but group lessons are fun, and you learn a lot watching others shoot. You also get a chance to rest and absorb what you’re learning.

Expect to have fun. Shooting instructors, the good ones anyway, can communicate, and they are good with people. They keep instruction positive and upbeat.

Keep an open mind. You may learn techniques that are contrary to what you believe or have been taught before. You may think what you’re learning doesn’t apply to you. My advice is, you paid for this lesson, shut up and learn what they have to teach. I have taken away useful tips from every lesson I have taken, even though some of what I have learned in one has been contradicted in another.

Tell them beforehand what you’re interested in learning. Although in my experience anything you learn about shooting a shotgun makes you a better all-around shot, if you’re specifically interested in hitting more flushing upland birds or passing ducks, let your instructor know beforehand.

Bring a gun that won’t beat you up. Even if you’re interested in learning , say, how to hit more grouse, shooting your 5 ½ pound 20 gauge grouse gun all day will only leave you sore and frustrated.

Don’t expect to go out and tear up the local sporting clays course immediately after your lesson. You very well might not, because you’ll have learned a lot and you will try to consciously apply it to the targets. You may well wind up overthinking everything. That’s what happened to me when I shot in a charity shoot the week after my last lesson. It takes time to assimilate what you have learned, but you’ll be a better shot once you do.

Plan to practice. Shooting lessons are worthless if you don’t shoot after you take them. I know this first hand, because 10 years ago I went to Gunsite Academy to learn to shoot rifles. At the end of two days I was deadly. Today I am not, because I have rarely shot rifles since that lesson. But, I have practiced what I learned in shotgun shooting lessons and improved greatly as a result. You can, too.