Why You Should Hunt the Canadian Prairies

Every waterfowl hunter owes himself or herself a trip to the Canadian prairies. It’s like stepping backwards in time to... 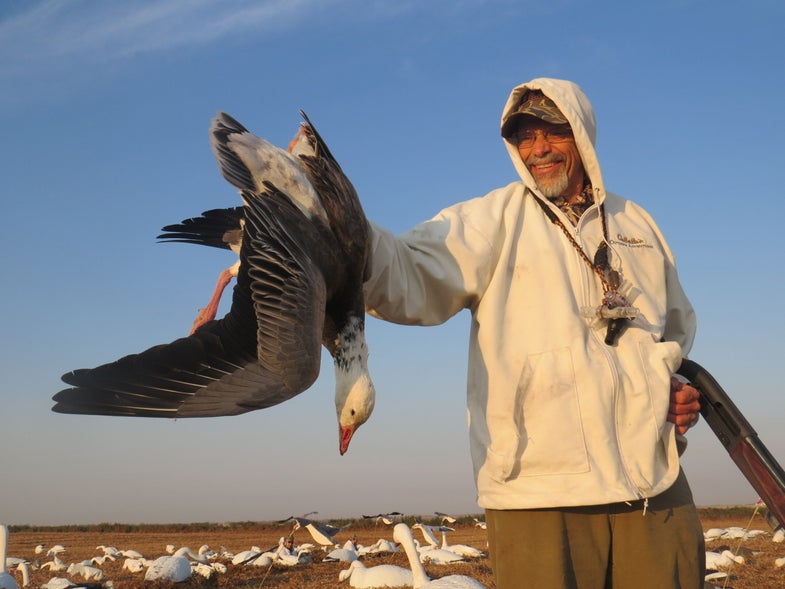 Every waterfowl hunter owes himself or herself a trip to the Canadian prairies. It’s like stepping backwards in time to an America that may or not have ever existed. People are friendly and access to land is easy to come by. Birds are plentiful, the competition scarce and limits are eight ducks, eight dark geese, and 20 light geese a day.

Manitoba, Saskatchewan, and Alberta are the places to go, although I’m told the grainfields of British Columbia are just as good. I was in Saskatchewan for a brief hunt last week, my seventh trip to the prairies. Temperatures ran into the 70s both days, and the wind didn’t blow much. You might as well stay home on a day like that in the US. In Canada, you’ll shoot a bird here, a couple there and it seems like a slow day until quitting time comes and you realize you’ve got a big pile of ducks and geese. When it’s good in Canada, it’s ridiculous. I’ve been on a hunt where a flock of 1,000 mallards tried to land in the decoys, and on others where parties of seven or eight shot limits in an hour.

While the birds aren’t stupid, they aren’t quite as wary as those we see down here (snow geese would be the exception; they are smart and ornery no matter where you hunt them). Nor are the ducks colored up much in September. You shoot a lot of brown mallards and pintails in Canada which is probably the only drawback of hunting there. On this hunt we shot mostly smaller Canadas, a few specklebellies and snows, and a bunch of mallards and pintails, although one of the other parties in my group shot limits of big Canadas one morning.

You shoot well in Canada because there are always more birds on the way. If you happen to miss, it’s no big deal. You’ll get another chance in five minutes. It keeps you relaxed and when you’re relaxed, you shoot well. It’s not like so many hunts I have been on at home where if you blow your one opportunity of the day, you go home empty-handed.

We wore whites and sat among snow goose spreads with a few dark goose decoys off to the sides. Most Canadian outfitters are focused on field hunting. Some will put you onto great pothole hunts, too, while others can’t understand why anyone would ever want to get their feet wet hunting ducks.
It’s entirely possible to free-lance on the prairies as well. Plenty of people I know drive up trailering goose decoys. If I went on my own I’d be tempted to go light with waders, a gun and a dozen floaters and hunt potholes. In fact, you could even fly up, rent a car, buy a few decoys at a Canadian Tire store, and make the trip that way.

You do need a passport to get into Canada, and you will have to fill out a form in advance and pay $50 to bring in up to three guns. Bringing birds back from Canada is easy. You have to transport them with one fully-feathered wing attached. You show your license at customs, fill out a form saying how many birds of what type you have, and that’s it. I don’t think I’ve ever had my birds inspected. It’s tough to leave, and my brief two-day hunt last week makes me want to go back soon. The prairies are beautiful this time of year as leaves on the aspens turn and the wheat, barley peas, and other crops come in. I’m sure it’s no fun to be in prairie Canada in February unless you really like curling, but in the early fall there aren’t many better places for a wingshooter to be.