A few years ago Field & Stream ran a rifle shooting feature by Dave entitled “Never Miss Again.” It might... 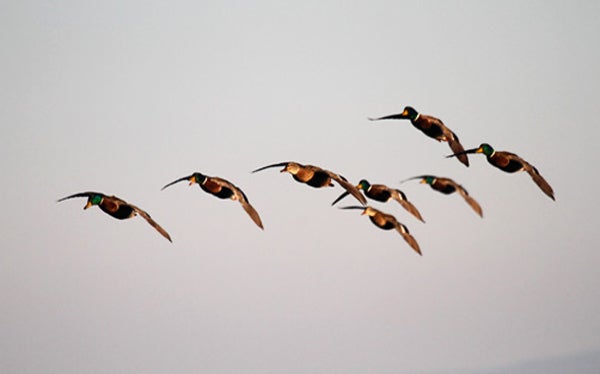 A few years ago Field & Stream ran a rifle shooting feature by Dave entitled “Never Miss Again.” It might have even been a whole special section in the magazine. I know it was full of good advice and might even had featured bonus pictures of Dave in his D.I. hat. Whatever the case, after reading it I remember believing that if you practiced diligently and took only good shots in the field you might truly never miss a big game animal again. Ever. I didn’t think that applied to shotgunning, and still don’t. We all miss sometimes, although it has become my goal not to. Of course, I’ve come nowhere close to achieving that goal this year, and I won’t ever go through a season without missing. Like anyone else I will lift my head, or make a bad gun mount, or peek at the bead from time to time.

But, it’s still a goal and I am making progress. I practice enough in the off-season that I’m a good field shot. I choose guns, chokes and loads that will give me clean kills on game at the range I plan to shoot. I work on my hunting skills to get birds close. Much more important than any of those factors, and perhaps the hardest thing to learn, is this: you have to become conservative enough in your shot selection that you are genuinely surprised when you miss. You should fully expect to kill every bird you shoot at, not through an arrogant belief in your own greatness, but because you only take shots that are well within your ability.

It’s difficult to make yourself pass up shots you can probably make and only take shots you know you can make. And, if you feel that taking only shots you know you can make is too limiting, then you need to shoot more in the off-season. You don’t have to shoot tens of thousands of rounds the way serious competitors do. A hundred targets a week throughout the summer will make anyone good enough to make reasonable shots at game.

The secret is shot selection. Most of the time (I still have lapses) I don’t pull the trigger unless I am sure I’m about to make a killing shot. I have heard plenty of hunters say “You can’t hit them if you don’t shoot,” which is more or less the theory of hockey great Wayne Gretzky, who is credited with saying “You miss 100% of the shots you don’t take.” The difference is, Gretzky was talking about inanimate hockey pucks and we shoot living creatures. I would (rather stuffily, I’ll admit) reply, “You don’t cripple 100% of the birds you don’t shoot at.”