Since we’re deep in political debate season, I thought we’d have a laugh today. You want to push a tourney... 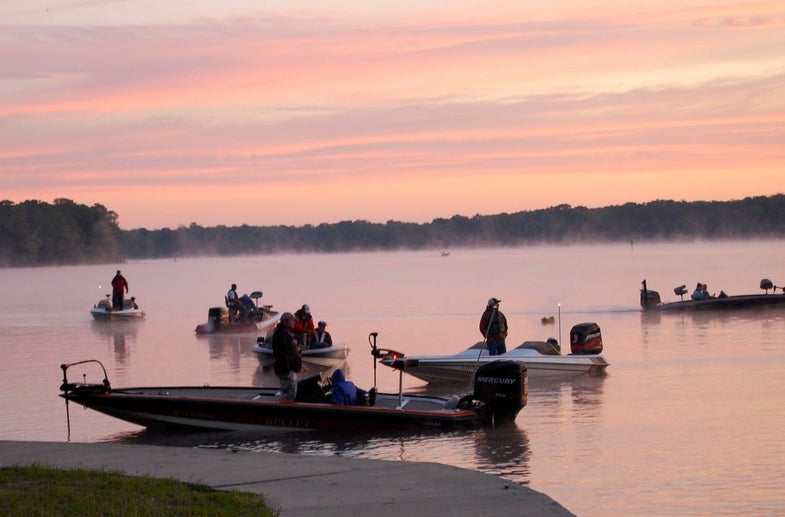 Since we’re deep in political debate season, I thought we’d have a laugh today. You want to push a tourney angler’s “hot buttons?” I know how, because I’ve had those buttons pushed. Once most anglers start entering tournaments, they start getting serious about the political talking points related to bass fishing. This happens mainly because of their newly developed passion for the fishing products they use or like, and also because their hobby becomes a whole lot more serious when they start playing for money. Put some dough on the line and they feel more compelled to participate in on-the-spot product ads, or conversely, on rapid fire smear campaigns. Either way, the wrong comment can alter their mood in a heartbeat. Here are three things you should never say to a tourney angler.

“His boat is slow” – A totally devastating comment to the typical tournament guy. Even if deep down he knows his boat is slow, he will give every excuse in the book as to why it is or is not. He’ll claim he carries extra tackle, bigger batteries, he runs slower to save gas, the fish in his livewell are bigger. I’ve heard it all. The guys that never care if their boat is slow will never argue about it, and they’re usually the one’s that regularly win events. That’s because they’ve learned that their boat is a tool for a job, and racing is not that job.

“His sponsor’s stuff doesn’t work” – Understand that an immediate hardcore allegiance is formed the second any sort of sponsorship is inked. Whatever “it” is becomes the best. I suppose it’s rooted in the fact that bass anglers feel privileged to get anything for a hobby that they love. Therefore, they will defend that allegiance to the death and persuade any naysayers with the most shameless car salesman tactics. Trust me, even if the products or services that his sponsor is pushing are no good, just nod your head and say “congrats.”

“He practices too much” – This statement insinuates a few negatives. First, practice fishing is not considered training by the public the same as, let’s say, training for a Crossfit competition. To the outsider, fishing is just fishing. So many bass guys take the statement as, “You should be doing something better with your time”. Then, among the other tournament competitors, too much practice is also a taboo. That’s because most guys don’t practice. If they lose to the guy that “practices too much,” some jump to considering all that practice cheating. In many cases, weekend tournament directors have banned any entrants that make their living bass fishing from practicing. Of course, it’s all a gray area when you pit full-time guys against local weekend tourney guys. One could say practicing is smart. One could say it’s cheating. The latter of the two is also a common cover for not wanting to admit the winner was just a better angler than you.