Although this contest just ended, I thought I’d share this story from WUFT5.com in Florida. Over the last few weeks,... 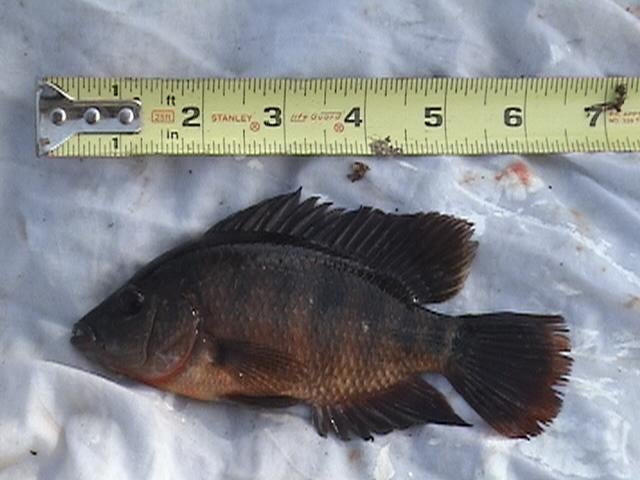 Although this contest just ended, I thought I’d share this story from WUFT5.com in Florida. Over the last few weeks, the Florida Fish & Wildlife Conservation Commision had been holding a competition for anglers state-wide designed to help them track non-native species, as well as eliminate a certain percentage of their populations. Per FWC’s rules page, all you have to do is catch the fish legally, shoot a photo for submission, and you’re entered to win all sorts of prizes. Of course, they encourage anglers to eat the fish (or at least not let them go). Having fished many Florida backwaters, I’ve always been blown away by what you hook.

The number of non-natives is astounding, and while other states might not have the same abundance, I think this is an awesome way for other state fish and wildlife departments to engage the fishing public and use their findings, even if we weren’t talking about invasive species—let’s say an F&G department was looking to survey the number of native brown trout within a particular river. In New Jersey, there are several streams that supposedly have searun trout. Despite my best efforts, I’ve never caught one, yet there are state signs all over urging people to report them if they do. The average guy might not go through the trouble, but he might if there’s a new rod and reel offered for the biggest searun of the year. Think about it.

From the article:
John Petersen, a contest participant, sees this kind of habitat destruction happening in his backyard.

“I see those sailfin cats all the time and they’re just tearing things up,” Petersen said.

Petersen said that lately, he hooks about six Mayan cichlids and only one native fish, like the blue gill, when he’s on the water.

The Nonnative Fish Catch, Click and Submit Contest hopes to help solve this problem through involvement, awareness and education.

“I wish [the contest] would run year-round,” Petersen said.