A Lesson Learned On Over-Tying Flies

I was hanging out in Montauk, NY, this week chasing blitzing stripers, bluefish, and false albacore under historic Montauk Lighthouse.... 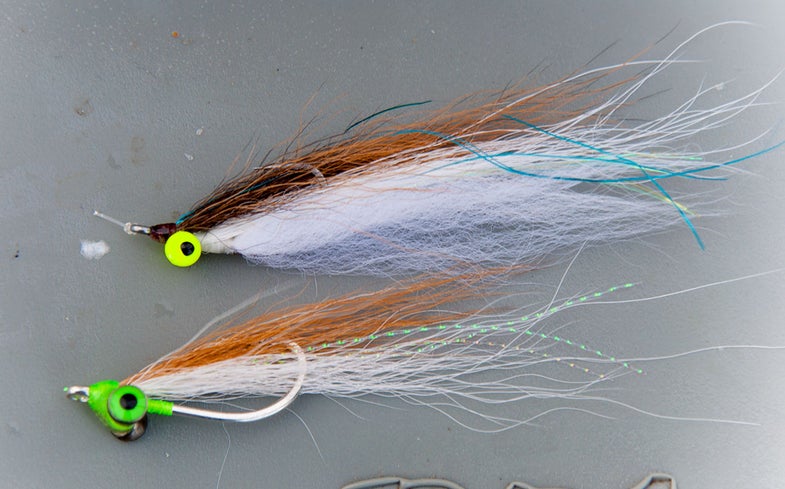 I was hanging out in Montauk, NY, this week chasing blitzing stripers, bluefish, and false albacore under historic Montauk Lighthouse. Knowing that we’d have plenty of shots at these fish on the long rod, I asked my buddy and guide Craig Cantelmo what kind of flies I should spin up for our adventure prior to driving out. “All you need are high-tied Clousers, brown over white,” he told me. He gave me no other instructions beyond this, so I sat down at the vise and whipped up a dozen in the Cermele variation. When I met up with Craig and set to rigging rods, he took one look at my creations and said, “What are these? Did you buy these? Dude, don’t ever buy anything that looks like these.” 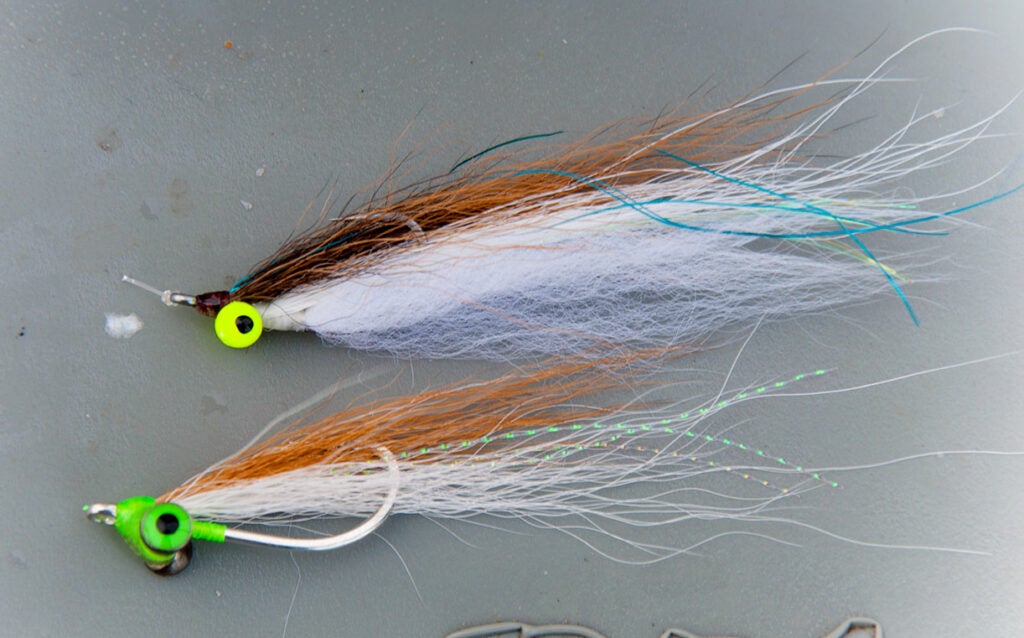 My fly is on top in the photo. Craig’s is on the bottom. Color-wise, they look pretty similar, but you might notice that I added a fluffy belly of synthetic fibers and a good bit of blue Flashabou. Craig’s bug is super sparse, nothing but a little bucktail and a few strands of neutral flash. Despite the two patterns being close in length, Craig told me my flies were just too big. The profile wasn’t going to match the tiny rain bait the fish were gorging on, and while he wasn’t saying they wouldn’t get eaten, he said they wouldn’t draw nearly as many strikes. Considering he fishes Montauk week in and week out, I didn’t argue. I clipped off my Clouser and tied his on. For the next two days I crushed fished on Craig’s fly.

Looking at our patterns side by side, I realized that I am a chronic over tier. I think it’s because I spin so many big trout and pike streamers, and with those, a few extra rubber legs, strands of flash, or puffs of marabou are never a bad thing. But those flies are meant to draw a reaction strike, not match the hatch. Even though the fish in Montauk were going insane, they were on a specific forage moving a specific way with the tide, and we learned that if your lure or fly or angle was off just a bit, even the 20 fish busting so close they were spraying you wouldn’t bite. It was a great reminder that much like buying lures because we’re drawn to a flashy new pattern, it’s very easy to get carried away when tying flies just because you have all kinds of cool materials in front of you. Simple—not pretty—is usually all it takes to get it done. It also drills in the fact that no matter what you’re fishing for, fly size means more than anything in most situations.