A Little Girl. A Monster Bass. Fact? Fiction? Who Cares?

This video has been making the rounds for a day or two now. Here we have a little girl—Zoe—fighting one... 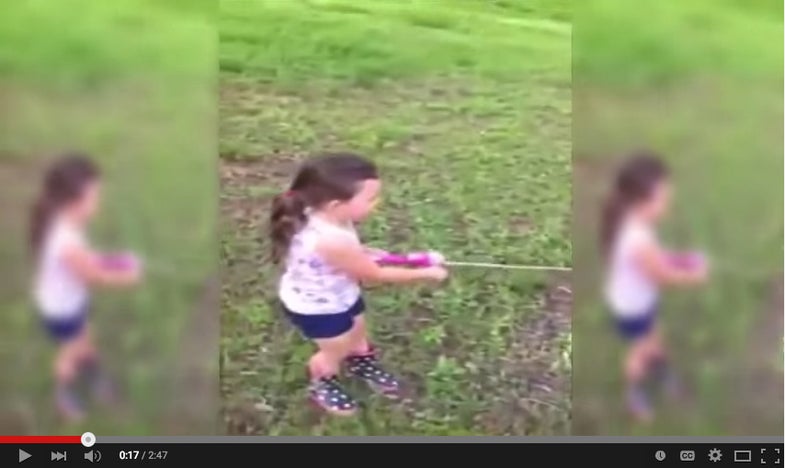 This video has been making the rounds for a day or two now. Here we have a little girl—Zoe—fighting one heck of a bucketmouth on a Barbie rod. But Zoe’s dad, it seems, is coming under a bit of fire. People are calling it staged. Dad, they’re saying in Youtube comments, hooked it on another rod and re-rigged this beast on this one, or hooked it for her and passed off the rod. The two strongest points in the arguement is that there’s a jerkbait on the line that Zoe may not have have really known how to work. Also, her darling comment asking if dad can put the bass on her pole is intriguing. Know what I say? Who gives a crap, people? This is hella-cute, no matter how it went down. Good for you, Zoe.