A Serious Bike Ride In The Name Of Steelhead

I’ve done my share share of winter steelheading, and no doubt, while it can be rewarding when the bite is … Continued 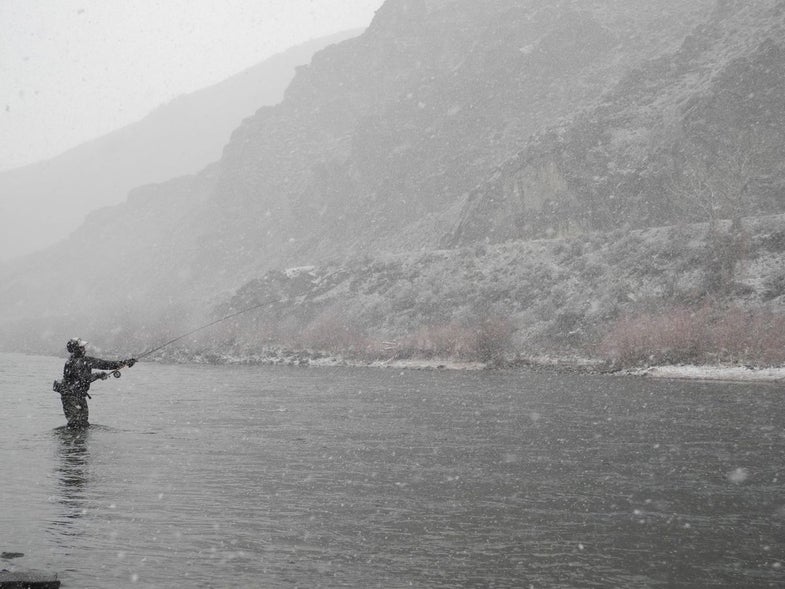 Brian Ohlen will bike from B.C. to Mexico this winter chasing steelhead along the way.
SHARE

I’ve done my share share of winter steelheading, and no doubt, while it can be rewarding when the bite is on, it can also we downright painful when it’s not. Every time I do it, however, the warmth of the truck is never too far, nor is the cozy Super 8 Motel. West Coast steel addict Brian Ohlen will have no such luxury according to a story on the webpage of the _Rapid City Journal._ Ohlen has apparently won a contest set up by a bicycle accessory company that will sponsor his 1,800-mile bike ride between January and March as he chases steelhead on fly from B.C. to Mexico. I don’t need to tell you that my man is probably going to be in for one cold, wet slog…at least during that first half.

_During the trip, Ohlen’s goal is to catch one steelhead in every state, which will be a challenge. The steelhead is similar to a rainbow trout, but has a life cycle like a salmon. They are born in the river, spawn there and then head to the ocean. The biggest migration is in the winter. _

_“There are people who go weeks without catching any or getting a bite,” he said. _

_His other hurdle will be riding his bike with camping gear, food, and an 11-foot fishing rod. “I’ll have everything I need,” he said. “Packing enough stuff on the bike will be a challenge. I’ll be pretty loaded down.” He’ll camp most of the time, but stay at hotels when needed. _

Ohlen’s greatest dilemma is something completely out of his control — the weather. “I’m most nervous about that,” he said. “There will be head winds, rain, constant rain.”