Basslines: “An Interview With Stuart Spector”

Basslines: An Interview With Stuart Spector by FieldandStream I’ve always said the best part of my job is not getting... 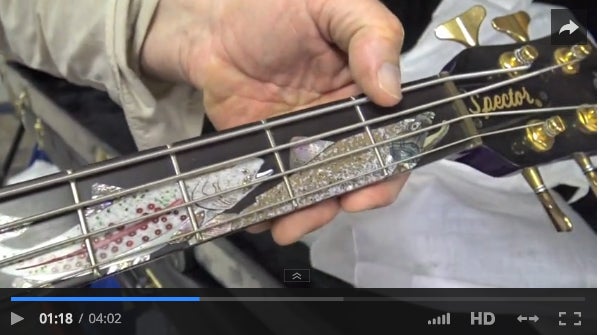 Basslines: An Interview With Stuart Spector by FieldandStream

I’ve always said the best part of my job is not getting to fish often but meeting new people in the process. Case in point, a few weeks ago, I got to spend a day with Stuart Spector. Being an ex-rocker who still picks up a guitar occasionally, for me this was a big deal. Stu is a legendary bass-guitar maker stationed in Woodstock, NY, and he’s crafted axes for everyone from Sting, to Nikki Sixx, to Gene Simmons. And those names scratch only the surface, considering he’s has been at it since the 1970s. But the real reason I met up with Stu is that he’s also just as ate up with flyfishing as I am. After a shop tour that blew my mind, we headed to the East Branch of the Delaware looking for a sulphur hatch. The fishing left a bit to be desired, but I could have cared less. Just getting a chance to have a behind-the-scenes look at the craftsmanship that made Stu famous, listening to his stories of rubbing elbows with Rex from Pantera, hunting down rare woods from all over the country, and chasing fish all over the world, was more satisfying than the best hatch on the planet. I hope you guys enjoy this video shot on a day I won’t soon forget.