Every bass angler that’s ever targeted a fish on a bed should understand what I mean when I talk about... 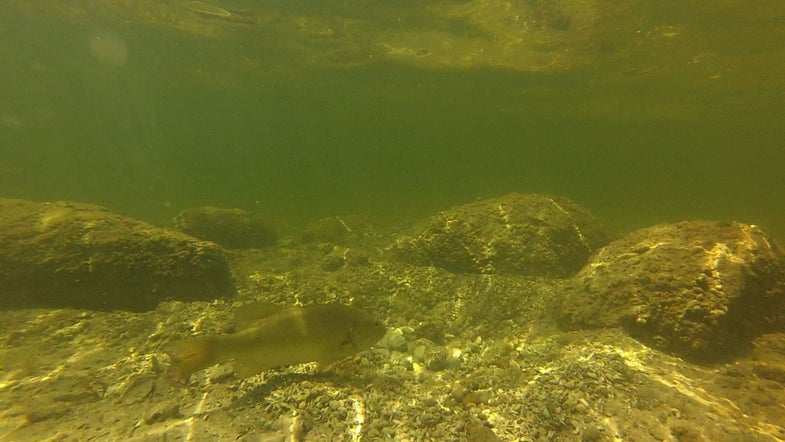 Every bass angler that’s ever targeted a fish on a bed should understand what I mean when I talk about “the standoff.” It’s that point when you know the bass is there, and the bass knows you’re there, and now it’s game on. You know getting that fish to eat will be tricky, and might require some aggressive tactics. I see many guys raise the white flag in frustration after only a brief attempt at winning the standoff. Believe me, I’ve been there. But there are some little tricks of the trade that can help you reign victorious, and it all starts with first understanding how that bedded bass feels about you.

I would never say that a bedding bass ever becomes fully comfortable with the presence of an angler. They’re always somewhat on guard. What I think happens after pitching to a bedded bass for a long time is that a mutual awareness of each other’s strategies develops. Like good poker players, you both end up trying set up the opposing player by showing off poorly played hands. So am I saying fold? Nope. I’m saying change your cards. When you’ve become so frustrated that you’re ready to motor away, try going against the grain and getting a little more up close and personal with the bass.

One of the most effective ways to finally get that reluctant bass to bite during the standoff is to utilize what I call “the pop.” All that really means is a rapid snap of the rod tip to make the lure jump quick right in front of the bass’s face. This may seem like bed fishing 101 to some, but the key is knowing exactly when to execute. That time is when your standoff gets to the point that the bass is saying, “This guy’s got no game, and I’m not going anywhere but right on this bed where I belong.” By that time, you’re ready to give up on sneakily cast while kneeling from 50 yards away. That bass probably isn’t going anywhere, so get out of stealth mode and move right in on it.

Once you’re in a good position, there a few ways to get a bass to bite using “the pop.” My favorite, however, is letting the bait sit on the sweet spot of the bed until the bass settles down close by, and is comfortable with the overall situation. Right about the time the bass thinks all the commotion is over, pop the bait high and fast on the bed in one aggressive, quick motion. It’s an all-in type tactic that requires patience, but it works by using the element of surprise. Many times, the bass will rush the bait and immediately eat it out of pure instinct. Conventional bed fishing tactics usually have the angler letting the lure sit on the bed while subtly shaking the bait. That works at times, but I don’t feel it triggers a fish’s aggression the same as rapid, severe movement.