Beating The “Calm Before The Spawn”

Quick scenario. You launch the boat on a nice spring day thinking the bass will be spawning. After hunting for... 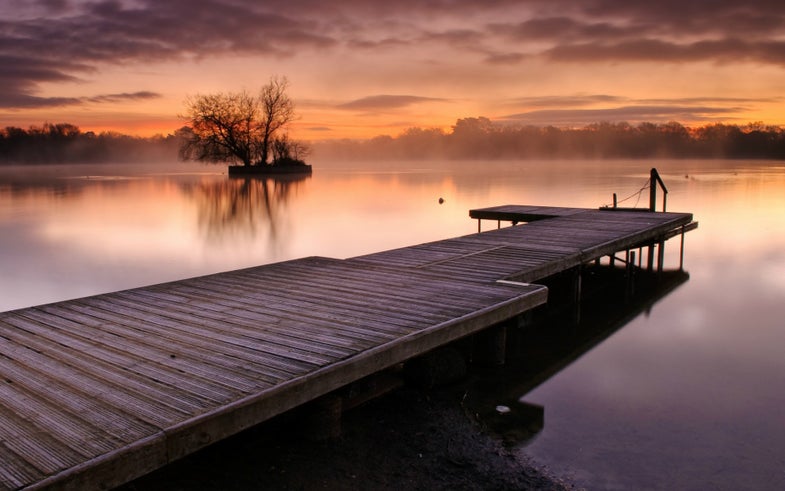 Quick scenario. You launch the boat on a nice spring day thinking the bass will be spawning. After hunting for a while, you notice that there are no new beds, only the few you found last week that still have bucks on them from when a couple lone spawners moved up. So you try your prespawn rattlebait hot spots and nothing’s happening there either. You know the moon will be full in a few days, so you’re thinking, ”Where the heck are these big ones?” If this has happened to you, you’re not alone. You just happen to be fishing during what I call the “calm before the spawn.” This total switch-off or dead time happens to some degree on every body of water. But here are three constants: It always happens immediately before a big spawning wave, it only lasts a couple days, and you can beat it if you know how.

Conventional bass fishing wisdom says that if the fish haven’t moved up to spawn, secondary points or ditches adjacent to spawning area are where you’ll find them. Makes perfect sense. However, many times the bass are even closer to spawning areas than that, they’re just not in the super-aggressive mood they were weeks before during the full blown prespawn. I’ve dealt with this situation countless times, and I’ve learned to combat it by focusing on a milk run of locations that have less to do with the spawn than they have to do with general bass attraction. For example, I’ll fish current slots where creeks come in, shallow manmade brush piles, or maybe even bridges that transition one part of the lake to another. Even boat docks and marinas that you know hold bass later in the year can produce bites. In essence, you have to forget about the spawn and pretend it’s long over.

This methodology works because not all bass spawn at the same time (a fact I think many guys forget). Bass are opportunistic feeders regardless of spawn phase. Maybe the wind has blown into a certain area for 3 days, creating a more favorable water color. Or maybe you notice that one bank simply has more shad activity than another. These are just two examples of scenarios that a bass angler will key on later in the year, but sort of overlook during the spawn because the book says bass shouldn’t care about them now. They do, I promise, and fishing them can be the answer to beating the calm before the spawn.