You expect to catch your share of chunky 3 pounders when you hit a northern lake. A jaw-dropping tournament kicker... 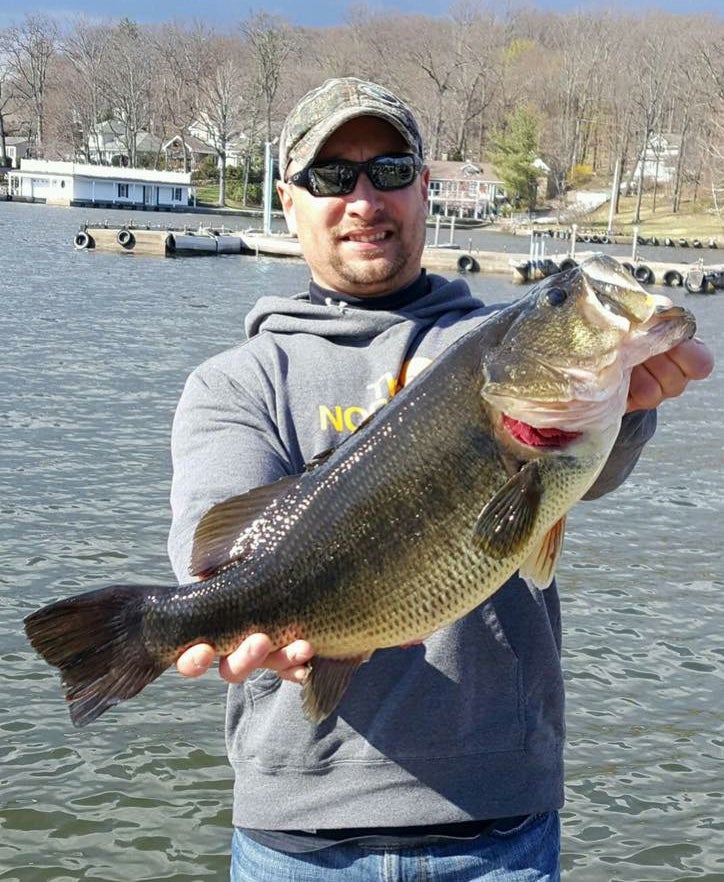 You expect to catch your share of chunky 3 pounders when you hit a northern lake. A jaw-dropping tournament kicker in the north usually weighs in at just above 6 pounds, but every once in a while, someone catches what I call a “northern freak show blimp” like the 8.74 pounder in the photo caught by my friend Chris Hall in New Jersey this past weekend. I’m not telling Cermele exactly where, because he’d be out fishing for her tomorrow. If you’re anything like me, when the random giant finally shows itself, the mind starts wondering how that huge bass has made it to that size in good health in a northern environment. Then you inevitably start wondering if there are more fish that size in that body of water. Let me tell you, there probably are.

In my opinion, the idea that northern lakes can’t produce true montser bass is a total misconception. People tend to think these heavily pressured, high boat traffic bodies of water just won’t kick out a giant. The reason I disagree is because it’s the other characteristics of many northern lakes that override the negative roles fishing and boating pressure play. First of all, northern lakes are either frozen or too cold to bass fish on for at least a third of the year, and that provides ample refuge and down time for the fish. Secondly, if you think about it, boating pressure ain’t all bad. On the weekends, all the jet skis and sail boats and wake boarders churn up the banks and tear up the surface. In response, big fish usually shut down and tuck away, so essentially, all that commotion is making them less pressured. But beyond the cold and pressure points, here are the other characteristics I think make a northern lake more likely to grow some giants.

Aquatic Vegetation – I’m not talking about one lily pad field in the shallow corner of the lake. I’m talking lush milfoil or hydrilla and coontail beds in pretty vast areas. Veggies are a huge catalyst of bass growth and vitality for a variety of reasons. Consequently, a less stressed bass with a home in grass (at least for part of the year) has a longer healthier life.

Varied Forage Base – Just like in humans, variety is the spice of life. A good bass population with a few mega giants mixed-in needs all the fixins’ to stay healthy. You’ll want to look for the basic forage types, like plenty of crawfish, bream, and a strong shad/alewife population. Plus, I personally like to see a marshy area or two on the lake that produces plenty of frogs, lizards, and dragonflies.

Depth Variation – I like to say the magic number in the deep end should be around 30 feet, plus you want plenty of shallow hunting grounds. This is just my opinion, but northern lakes that don’t hit that depth of thirty feet in a few locations have trouble producing trophy bass. I think it may be that a lack of deep water makes the bitter winters and hot summers more stressful on the fish, therefore stunting their ability to grow to epic proportions.