You know that feeling when you snag up, but the snag gives and sort of veers to the left or... 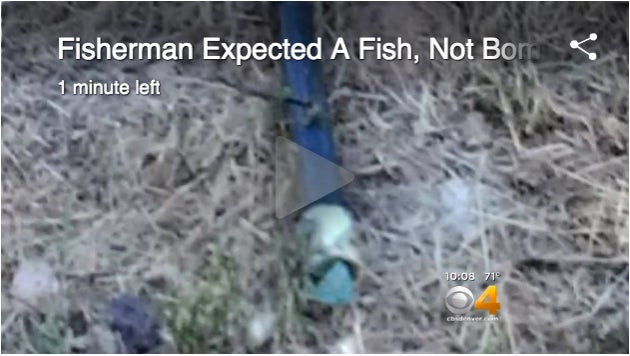 A pipe bomb reeled in by a Colorado angler. Joe Cermele
SHARE

You know that feeling when you snag up, but the snag gives and sort of veers to the left or right a little? For that brief second, you think maybe it’s a fish, not a stick. I would imagine that’s what the angler in this news clip from CBS Denver —who chose to remain anonymous—was thinking during those first few cranks against what turned out to be a pipe bomb. Perhaps most freighting is that is bomb, which was later safely detonated by police, came from a small community lake. I’ll be honest, every time I go bottomfishing here in the Northeast, I think about the number of unexploded WWII bombs that are (supposedly) scattered about offshore. How many are there? Who knows? But when you drop an 8-ounce bucktail to the bottom, it makes you wonder. Thank goodness no one was hurt in this Colorado incident. That’s scary stuff.