Come On Wahoo Crew. Get Your Act Together!

Here’s the thing about offshore fishing: When nothing’s happening on the troll, it is exceptionally boring. But you tough it... 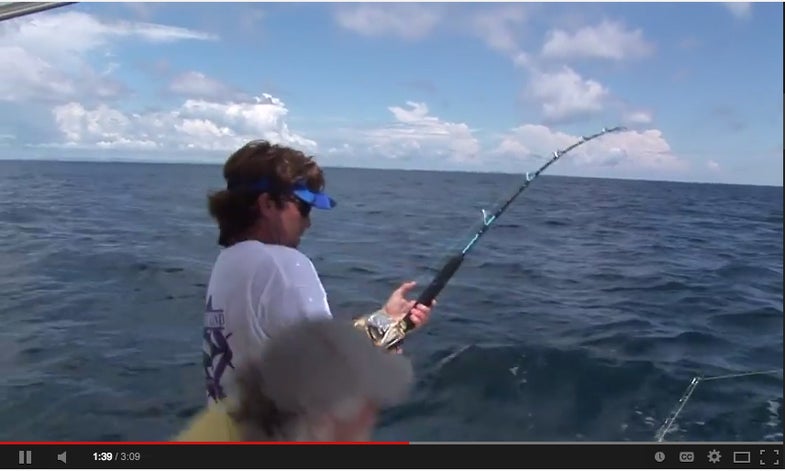 Here’s the thing about offshore fishing: When nothing’s happening on the troll, it is exceptionally boring. But you tough it out, because in this game, the score can go from zero to chaos in a split second. It’s those moments, when 4 out of 8 rods get knocked down at the same time, that the big game angler lives for. Of course, when that happens, everybody on the boat needs to go into team mode, and captains usually pick their crews based on how well this team works. When the team isn’t jiving, you get a scene like the one in the video below. This was shot in Panama, and it sounds like the language barrier is one reason the team didn’t run like a well oiled machine, but also, keep your eye on the guy in the yellow T-shirt. Do you know who that guy is? He’s the husband of a friend of somebody’s wife that’s just been “dying to go fishing.” Or he’s somebody’s second cousin that just happened to be visiting the weekend you and your buddies are running offshore. I know him oh so well. In the end, these guys get their fish, but I’m not seeing the “pretty work” the host is talking about. I’m seeing a giant cluster that turned out OK by chance.