Did I Miss Out On The Crown Jewel Of My Skin Mount Collection?

If you were to talk to my parents, they would tell you that ever since I learned the word “collection,”... 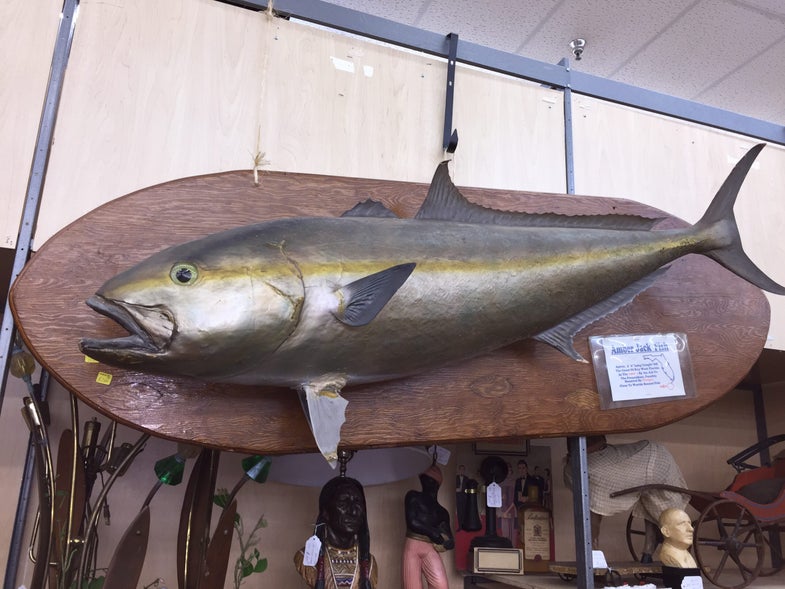 If you were to talk to my parents, they would tell you that ever since I learned the word “collection,” I have had collections. In my mind, the purchase of a new G.I. Joe, rubber shark, or toy gun was more justified when it was not just something to play with, but for “my collection.” I still have collections. I’ve written a few times about some of my vintage tackle finds. About a year ago, I also started picking up old skin mounted fish. I don’t mind if they’re crusty because it adds character. Actually, the choice to buy or walk away is more based on where I find it, and the price. Too often, people fancy old skin mounts “antiques” worth the same or more than the fish cost to have mounted years ago. News flash, they’re not. Even the guys on “American Pickers” have reminded sellers that taxidermy—be it a grizzly or bluegill—will only ever decrease in value considering they’ll never get better looking with time. That’s a good thing to keep in mind if you ever want to sell a mount, and worth keeping in mind when I explain how I stumbled across what could have been the crown jewel of my skin mount collection. 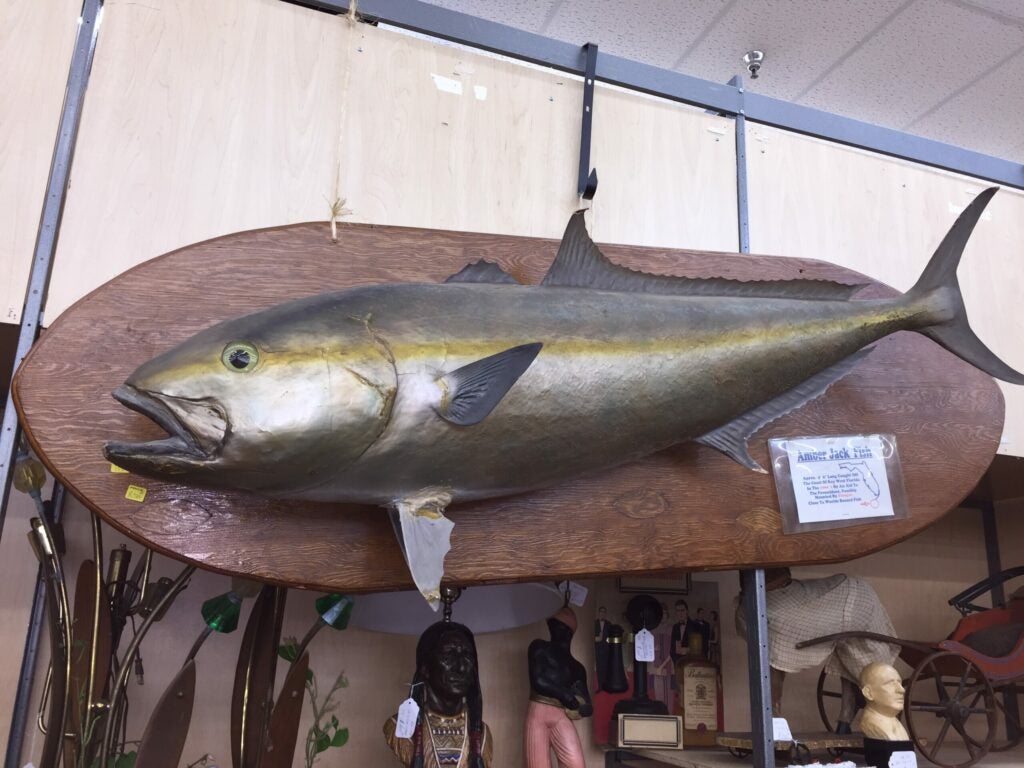 Last Saturday it was cold and rainy, so my wife and I drove out to the country to hit a few new antique stores. At the first one, I come around the corner into the second aisle, and suddenly I’m face to face with the biggest amberjack I’ve ever seen. The photo barely does it justice; the wood it’s mounted on is about the size of a surf board. Usually, the sellers rarely know the back story of a mount, as it’s often been bought and sold several times before I find it. This case was different. On the corner of the wood was a professionally printed piece of paper (which looked kinda vintage itself) stating that the 5-foot, 6-inch A.J. was caught by the President’s aid in Key West in the 1960s. It also said it was “possibly” mounted by Pflueger. I happened to know the sign meant Al Pflueger, who is to fish taxidermy what Lauri Rapala is to lures. A true pioneer of the craft. The price tag on this A.J.? A cool $2,000.

I’m a pretty good negotiator. In fact, that’s part of the fun, but I wasn’t even going to try with this one. This antique store was a co-op, so I couldn’t talk to the actual seller. But even if I could have, I doubt they’d have had a satisfactory answer for, “can you prove everything on that little sign?” Even if it were all true, it wouldn’t be worth half the asking price. And if it was all false, well, I wouldn’t pay more than a hundred bucks for it, because at the end of the day, it’s still a beat old skin mount that will only hang in a garage and just keep getting uglier.