Do The Eyes Have It When It Comes To Bass Lures?

Whether eyes on a lure really make a difference is an oft-debated topic. If you look at the question scientifically,... 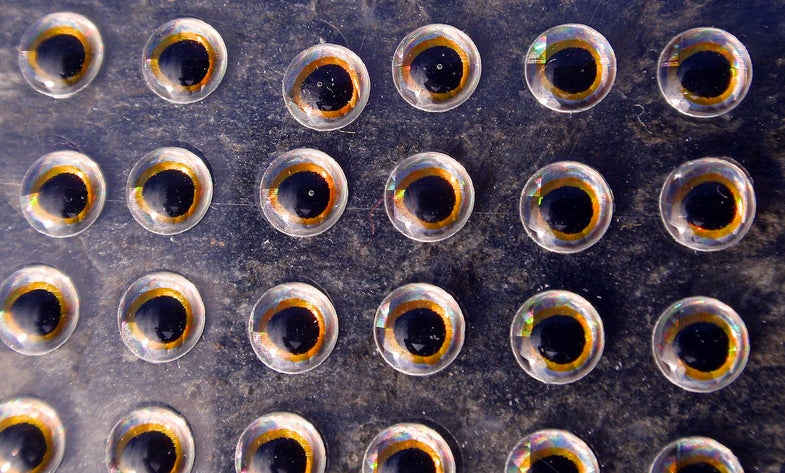 Whether eyes on a lure really make a difference is an oft-debated topic. If you look at the question scientifically, the answer is an easy yes. All the evidence you need can be found in nature. If a dot on the tail end of a fish—such as a redfish—has evolved over time to trick predators into thinking the tail is the head, then it’s safe to say that eyes (or eye position) matters a lot. In the bass world, however, the eye advantage is still largely a matter of opinion. Here’s mine. 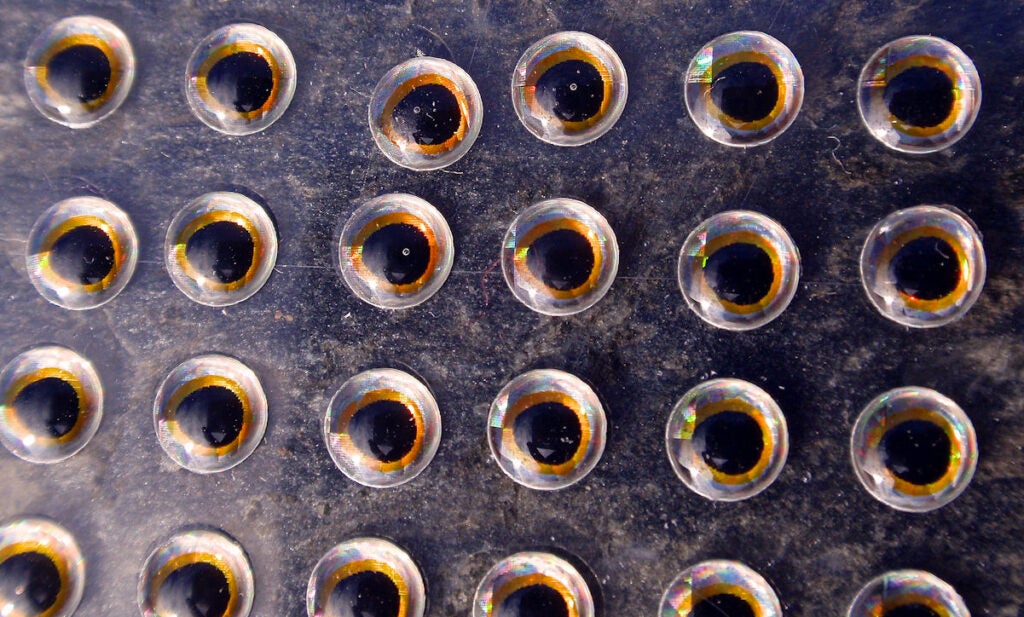 Like most lure attributes, eyes matter when they matter, and they don’t when they don’t. The first part of the equation is naturally what the lure is trying to mimic. Is it a minnow, is it a crawfish, is it unclear to all parties invloved? Many soft plastics don’t get manufactured with eyes, and furthermore, the ones that do tend to look a little hokey if you ask me. I’ll argue that a plain green pumpkin, watermelon, or smoke dropshot plastic of the same size and shape, but with no eyes, will do just as good or better of a job of catching fish, even in super-clear water. I have never noticed a difference between eyed and blind soft plastics, especially finesse baits. The same cannot be said of other lure styles.

The other big part of the equation is how much eyes really become attractors when the bait is in motion, or when the water clarity is clear vs dirty. In unfavorable conditions, all the fish may see is a streaking blur. If a bass does have time to look at a lure with eyes and decide if the stare down is worth winning, it will probably result in a bite. Take swimbaits, for instance, that have heads and eyes that remain relatively stationary when the rest of the body is in motion. A good set of realistic eyes can make a big difference, but if the head shook too, it probably wouldn’t matter if the eyes were there or not.

How much stock do you put in bass lure eyes?