Before everyone gets on my case about being a fly snob just based on the title, let me set the... 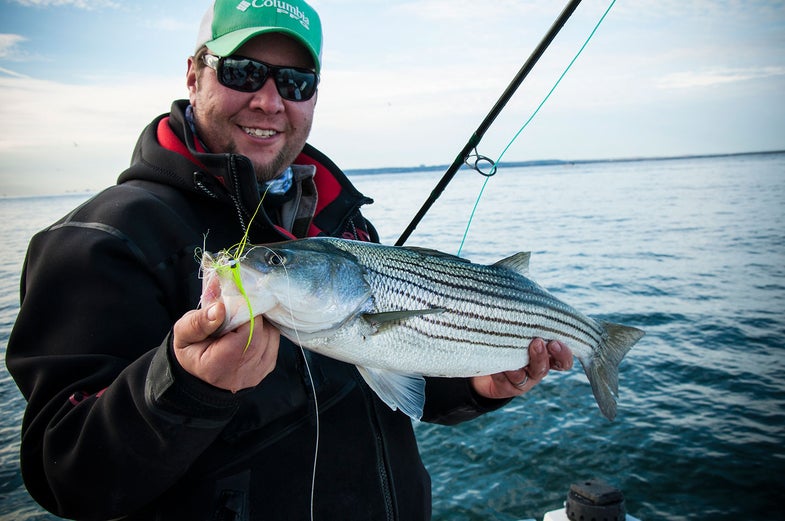 Before everyone gets on my case about being a fly snob just based on the title, let me set the record straight. Those of you who read my posts, and certainly anyone that knows me, is aware that I will fish for anything, any time, with any tackle that gets it done. Live bait, dead bait, lures, flies, cane poles…whatever. The question I’m posing here stems from a long-time observation that was driven home over the weekend, and I’m curious to see how many of you that both fish fly and conventional agree. The striper in the photo about sums up the size of the fish I’ve been catching locally lately. Fun, but not near trophies. Over the last few weekends, I’ve been tossing rubber shads and dropping diamond jigs, and pounding a fair amount of these little fellas. Thing is, while it’s been a blast, I find that many anglers that play on both sides of the fence have a different attitude about fish like these when they’ve got a spinning rod in their hand. They’re happy to catch them, but when they hook up, they immediately say, “ah, another little guy.” It’s like you’re always hoping to pluck that stray 20-pounder out of the school. When asked how you did out there, the answer is something like, “we caught a ton, but they were all rats.” I’ve said that many, many times. Then, the very next day, you can go after the same fish with nothing but flies, and everything changes. 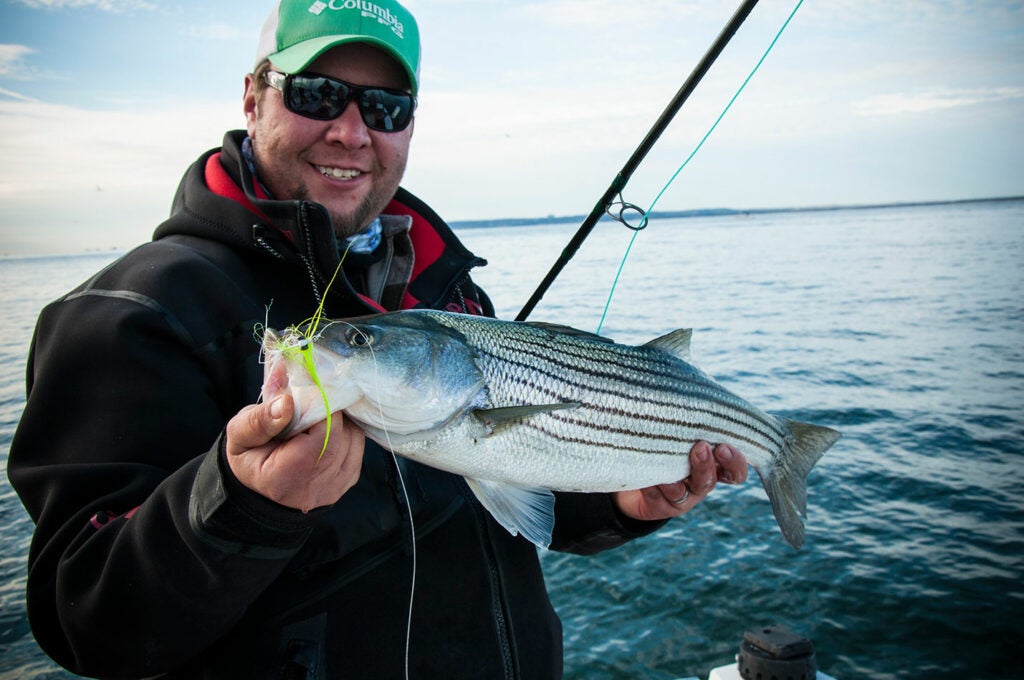 I went out Saturday with my buddy Captain Eric Kerber, and special guest Captain Tommy Scarborough. Tommy is a mutual friend of ours, and he drove all the way up from South Carolina to chase Jersey bass. And Tommy made it clear that he was only interested in catching them on fly. Given how cold it’s gotten recently, fly was a tall order from the outset, but more importantly, we knew the big fish moved on weeks ago. At best, we’d get him a couple “rats.” Long story short, by the grace of the fish gods, we found an all-out blitz that lasted hours, and we beat the snot out of stripers with any fly we threw. All of a sudden, the micro-bass that left me mildly disappointed while chucking metal a week earlier became the best things in the world. Same fish, just a new method.

I can apply the same idea to other species. I love chasing little wild browns with a 2-weight, but if I’m working a Panther Martin in the same stream, I’m hoping the queen bee hits. A 10-inch smallie that nails a popper fly is awesome; the same fish that hits a buzzbait is a “dink.” My theory is that it ultimately boils down to casting distance and accuracy. To catch a striper on the fly, I need those fish within 60 feet and near the surface, and just having them in that range and close enough to the top—let alone willing to eat—is a bigger victory than the size of the fish. With a spinner, I can be sloppy when I cast and cover lots of water, but to catch any trout on a dry fly, I might only get one drift that needs to count. The reward is purely the eat. I could go on, but you get the picture. Of course, it doesn’t mean I’m right. Tell me what you think.