In the bass world, it seems like if you’re not using a baitcasting combo, you’re not really bass fishing (or... 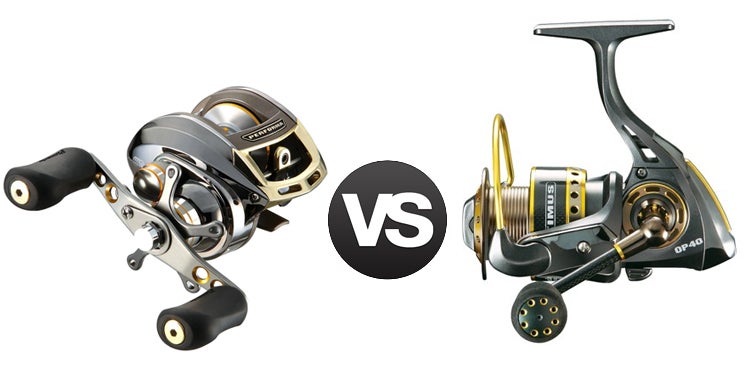 In the bass world, it seems like if you’re not using a baitcasting combo, you’re not really bass fishing (or you’re not the real deal). These days I feel like firing big lures on heavy line with stiff rods and reels that could winch in an ATV is the macho thing to do, or at least to talk about around other anglers. But does your outfit of choice really make that much difference? I don’t think so. In the end, as long as the bass gets in the boat, the tackle is fairly irrelevant.

A lot of anglers force themselves to use a rod/reel/lure combo that’s outside of their comfort zone in order to blend in with the crowd. This is stupid, because outfit selection should be based on the presentation and situation at hand, not what your friends use or your favorite bass pro promotes. The fact is that successful anglers are equally adept with both spinning and baitcasting setups. Many bass fishermen unfortunately overlook the most positive functional attributes of each kind of rod and reel, consequently making inappropriate choices just because they want an outfit that they think is a “bass outfit.”

We all know spinning combos are synonymous with light line and small lures, but with the advancements of larger and heavier spinning combos, as well as super lines, the choice between spinning and baitcasting is no longer so cut and dry. Spinning gear can now be used in situations were a flipping stick may have been the best option before. The fact that the line shoots off a spinning spool almost unrestricted gives an angler a huge advantage when skipping baits, casting into the wind, and free-falling baits to the bottom. If you have a need for repeatedly winching lures like cranks and spinnerbaits that have continuous resistance, or you want your lure to land softly and precisely next to targets both near and far, then the line thumbing ability and gear mechanisms of baitcasting equipment get it done best. Of course most presentations can be achieved with either setup, but proficiency and efficiency over time is where the barometer sways.