Where would you drop your dry fly to coax this brown trout to eat it? In water this clear, you... 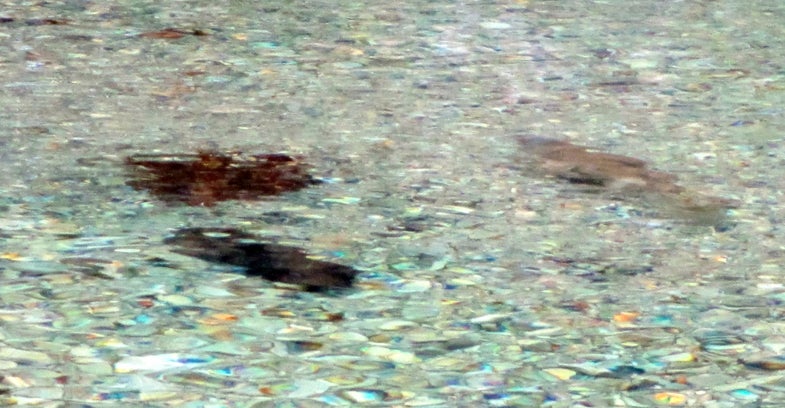 Where would you drop your dry fly to coax this brown trout to eat it?

In water this clear, you can’t bonk the fish on the head. If you drop the fly on its nose, as if the fly literally appeared out of thin air, a trout this big will call your bluff. Besides, you don’t want the splashdown, no matter how subtle, to happen where the fish can see it or, perhaps more importantly, hear it.

But you can take things too far in the other direction, as well, and cast a dry fly too far upstream. And that’s the mistake I see anglers make more often than not.

Sure, I’ve talked about casting longer leaders as the trick for catching smart trout, and I absolutely stand by that. But casting a longer leader is a serious challenge: You need that thing to straighten out, or else you’re going to create micro-drag that ruins your chances at fish. So if you can straighten out a 15-foot leader, by all means, go for it. But if you’re like most anglers, and you’re working with nine-to-eleven feet of leader, you should focus on the “six-foot zone.”

By that, I mean that the perfect cast lands six feet upstream of a rising trout. You don’t want much more, or you risk “lining” the fish with your floating fly line. But much less, and you run into the splash problems I described.

Six feet is the right distance in most cases. And always, always cast to the current side of the fish, not the slack-water side.

Get in that zone, don’t over-lead your targets, and you will hook many, many more trout on dry flies.