A few weeks ago I was on vacation in the Bahamas with the family. There I was doing a little... 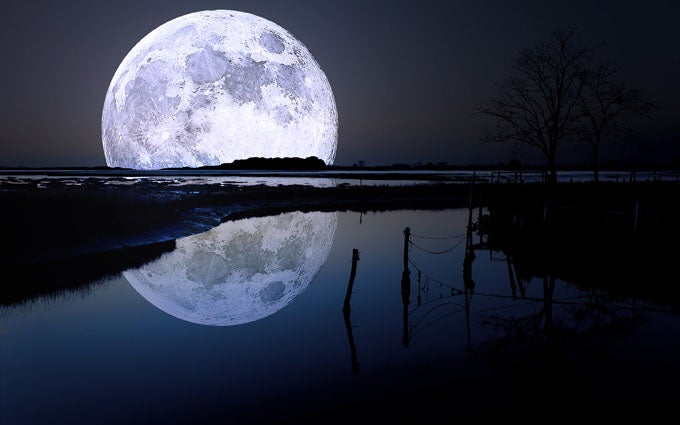 A few weeks ago I was on vacation in the Bahamas with the family. There I was doing a little snorkeling, minding my own business, when a massive tiger shark swims in and gives me an up-close-and-personal face-to-face look. It wasn’t incredibly fun. Come to find out, it was also very uncharacteristic for a tiger to be in the shallow location where I was snorkeling. The reality is that I will probably never know exactly why this big girl decided to show up there while I happened to be enjoying the sea life, but I have a hunch it was totally lunar.

I realized later on in the morning that the moon happened to be full. Although Internet research didn’t turn up conclusive evidence that shark activity levels in shallow water increase around the full moon, I do know from all my years on the water that big fish often show themselves in odd places around full moons. Full moons play a more significant role in saltwater fish movement due to the increase in tidal fluctuations. A super high tide lets big fish move shallower than normal. But I’ve seen a lot go down in freshwater too, especially with bass, and I don’t just mean their well-known cameos in shallow areas during their spring spawn time. I’m talking about all seasons. If you think about it, both sharks and bass are pretty high on the food chain in their individual ecosystems. They instinctually know where the food is, and the easiest way to get it.

Fish can see better with the increase in night light during a full. That fact alone makes nocturnal feeders like bass more apt to take advantage of the full moon, but it’s also what’s going on with their forage that sparks interest. Crawfish, shad, and bream increase activity levels around full moons, too, and that creates a recipe for easier pickins. Though I can’t say fishing this moon phase guarantees you big fish, don’t pass up the opportunity to get on the water — not only at night, but also during the days preceding and following the full moon. In the past I’ve noticed shallow fishing that’s been good only gets better when the moon is shining bright.