Etiquette: How Close is Too Close in Bass Fishing?

Check out the first part of this video. During a recent tourney in Tennessee, Kevin VanDam gives Mike Iaconelli a... 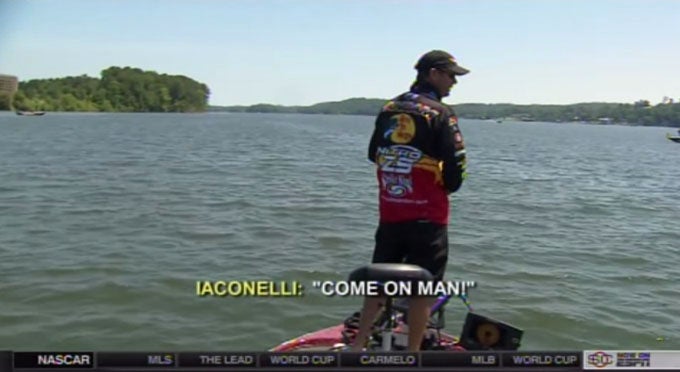 Check out the first part of this video. During a recent tourney in Tennessee, Kevin VanDam gives Mike Iaconelli a hard time for fishing too close to him. If you fish enough you know that this kind of thing happens a lot on crowded lakes. Put a stack of tournament money in the mix, and tensions flare even more when someone kerns in. The video has been making rounds on the web, and it gives me an opportunity to address the issue of how close is too close? The answer, unfortunately, is far from cut and dry.

“Too close” is totally subjective. There is no specific measurement to abide by, though I often wish there was. What there is, however, is an unspoken gauge. Whether recreationally fishing or tournament fishing, I have found too close can be determined by the overall vibe of either or both parties. You don’t have to read people’s mind. If you think you’re too close, you probably are. If the silence is deafening when you near another boat, or you’re getting the death stare, take the hint. If you insist on sticking around, the best thing you can do is just say, “hey, am I in your way here?” If you’re the one being encroached upon, suggest that you’d like some room in a nice way. That’s not to say either scenario won’t end in a shouting match, but a little calm communication is a good way to start.

If I want to fish a location occupied by another angler, I’ll first pull up at an adequate distance and try to discern exactly what and where he’s fishing. If the angler is moving fairly fast covering water in a vast area, it usually isn’t a problem to fish behind him. But if the angler is dialed into one specific cast or spot and is in protection mode, then chances are that even if you politely ask for permission to fish there, the vibe will be negative. No matter how much you think it’s “your spot,” you have to know when to walk away. Not too mention, any good angler should have plenty of solid B and C spots if this happens.