Exclusive Video: A Clutch Moment With Mike Iaconelli On The Delaware River

Yesterday, I got the chance to serve as bass pro Mike Iaconelli’s onboard marshall during the first day of the... 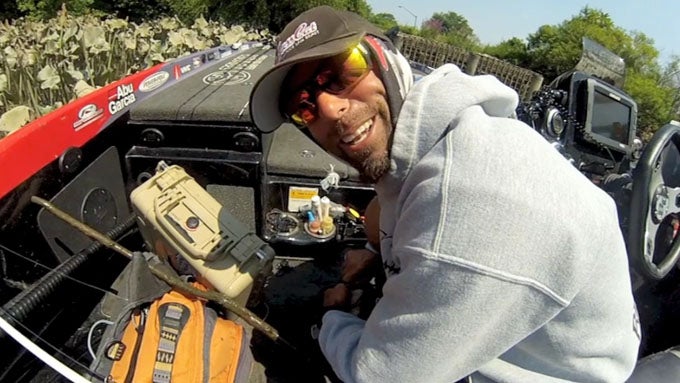 Yesterday, I got the chance to serve as bass pro Mike Iaconelli’s onboard marshall during the first day of the Elite Series tournament being held in Philadelphia on the Delaware River. For me, this was a very significant opportunity. See, Mike’s home river is the Delaware. My home river is the Delaware. I’m a Jersey guy. Mike’s a Jersey guy, and because of this he’s the local fan favorite. The pressure is on for him, but despite any jitters, he couldn’t have been a more stand up guy and super fun to ride with (even though it felt like his boat was in the air more than on the water).

Now, in case you’re wondering, I was not the annoying guy asking a million questions and forcing him to pose for pictures all day. I sat quietly most of the time in an effort to let him concentrate to the fullest, but now and then I’d fire up a camera and just let it roll. The lowest point in the day came when—with four fish already in the well—Mike just couldn’t seem to boat his fifth. I was shooting when he finally made it happen after three long hours with no bites, and it was pretty awesome to capture his genuine reaction as that steam valve let off. (Side note: Mike ended the day in a tie for 21st place with 9 pounds, 2 ounces. But don’t worry, he’s got time. Jersey strong!)