In the northern part of the country, smallmouths tend to outnumber largemouths in size and number in most bodies of... 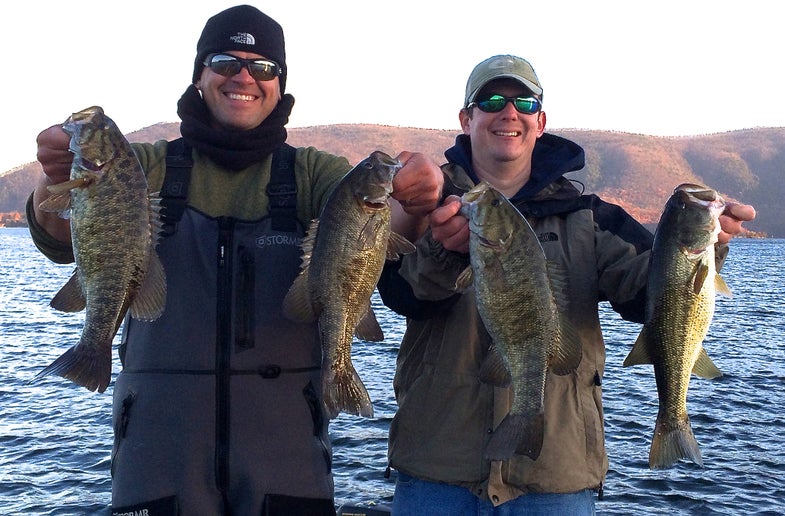 In the northern part of the country, smallmouths tend to outnumber largemouths in size and number in most bodies of water. In the south, the opposite holds true. But in the middle, anglers often have a tough time deciding which kind of bass to target, because many bodies of water have strong and sizable numbers of both. I love having the option, but I’ve been around long enough to know that if you pick wrong, it could break your day. What I’ve also learned, however, is that during non-peak times of year, you’re smarter to put all your eggs in the smallie basket, because from late fall through early spring, it’s much easier to find a bronzeback bite on any given day. I’m not saying give up on green bass entirely, but this time of year, catching them is more about recognizing exactly when a window of opportunity is upon you. 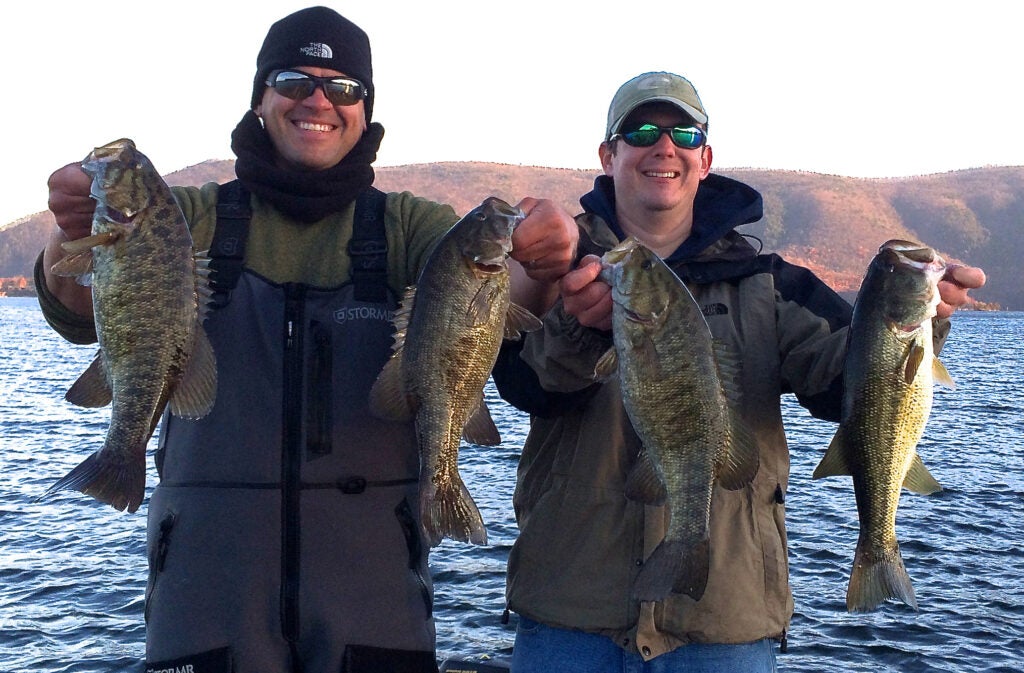 Smallmouths generally bite more aggressively than super-lethargic largemouths during cold weather/water or in lower light, making them the perfect species to target first thing on winter mornings. On a good day, this bite will last well into the afternoon. For some anglers, as long as rods are bent, they’ll stick to the brown bass, but what I’ve seen happen is that someone will stick a good green bass (a few often mingle in the same places as the smallmouth in winter), and suddenly all they want are largemouths. The trick, I’ve found, is to not assume that the largemouth bite is on just because you randomly hook one. You’re better off being patient, and devoting the last few hours of good sunlight to their pursuit.

When the water’s really cold, largemouths will spend their whole day just trying to warm up, not eating. If the sun’s been high all afternoon, your best chance will be catching them on the feed for a brief window late in the day. Despite the idea of largemouth being deep in winter, don’t be surprised if that quick chow time happens very shallow. Case in point, just last week at Smith Mountain Lake in VA, my friend Will Petty and I hammered nice smallies, which are difficult to consistently catch here during other times of the year. At about 2:30 it finally got warm enough for me to take off the winter jacket, so we decided to hit a few key locations that gave up nothing earlier, and all of a sudden a few chunky green bass made it into the boat. If we had been bent on largemouths, we’d have had an incredibly disappointing first half of the day.