Flyfishing From An SUV In New Zealand

New Zealand trout are some of the spookiest in the world. At least that’s what I’ve been told. The angler... 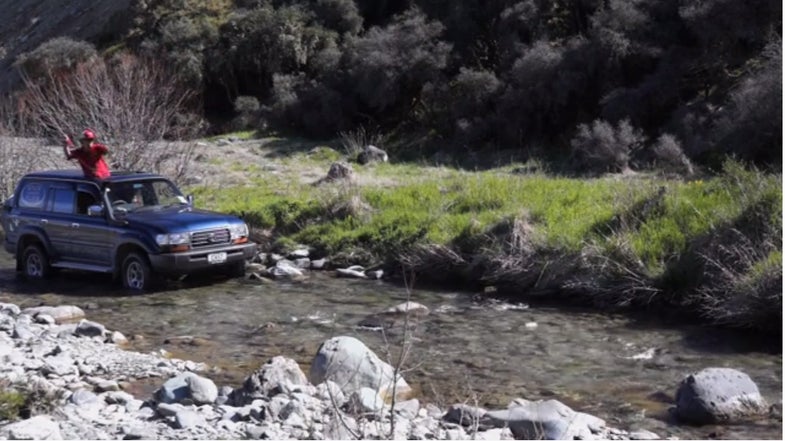 New Zealand trout are some of the spookiest in the world. At least that’s what I’ve been told. The angler in this video says he used to spend time dying his lines black and doing whatever it took to increase his stealthiness. Then one day he apparently came to the realization that, as he puts it, “if you can cast accurately, you can be in a pink elephant and catch fish.” To prove this, he drives his SUV into the river and hooks a trout casting through the sun roof with bright pink line. Impressive? Yes. Staged? Absolutely. Sorry, but in my mind this one-off stunt (right place, right fish) proves nothing about forgoing stealth in trout fishing. This dude must have missed my blog yesterday about Letort Spring Run. I’d like to see him drive that thing into the water there and hook a trout, though on second thought, I can’t imagine all that brake dust and exhaust is improving water quality.