Watch enough domestic disputes on “Cops” and you’ll see husbands and wives, boyfriends and girlfriends, beating on each other with... 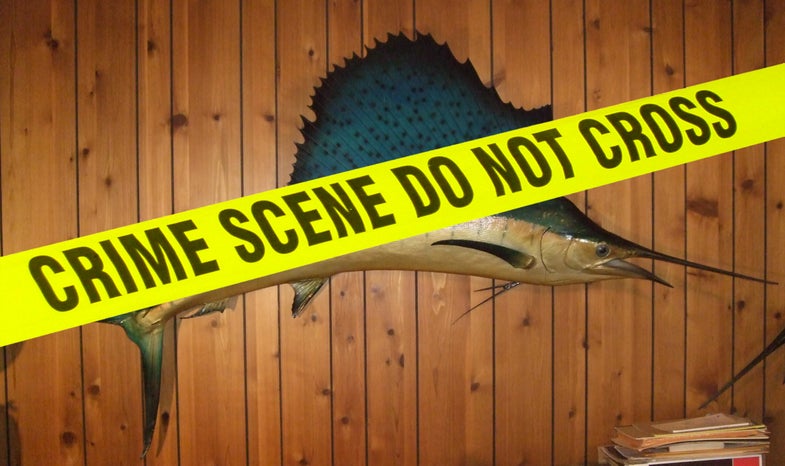 Watch enough domestic disputes on “Cops” and you’ll see husbands and wives, boyfriends and girlfriends, beating on each other with everything from lamps, to pool cues, to juice bottles, to children’s toys. What I’ve never seen, however, is someone pick up a fish mount with intent to use it as a weapon. But there’s always a first time, and that first time went down in Whitehall, Michgan. The fish in question? A mounted sail with a nice, sharp bill. 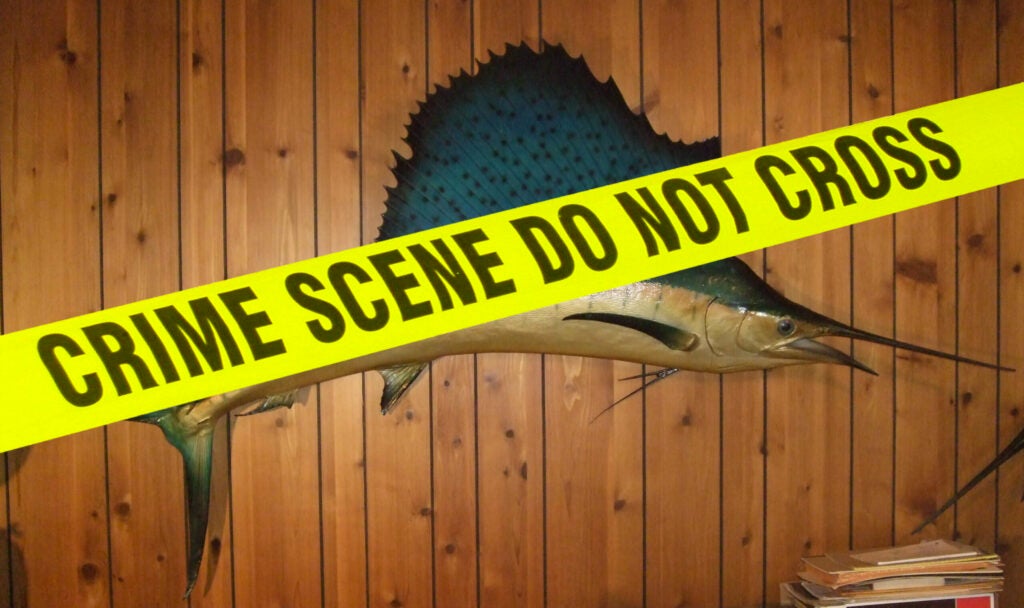 From the story on Detroit Free Press:
_A dispute between a Whitehall man and his girlfriend ended with the man attacked with a fish, police say. The 61-year-old man was drawing a sketch of a mounted sailfish in the 1000 block of Livingston Street when his 58-year-old girlfriend became angry and moved the fish, according to a Whitehall police news release. _

_The mount fell over and broke when she left the room. Upon returning, she suspected her boyfriend was responsible for the damage and had begun hitting him over the head with the fish and poking him with its nose. _

_The boyfriend was cut on his hand. _

Was booze involved? Oh, you bet’cha.