Greatest Response To An Ocean Sunfish Sighting EVER!

For those of you unfamiliar with the ocean sunfish—known on the West Coast as a mola mola—they are big, slow,... 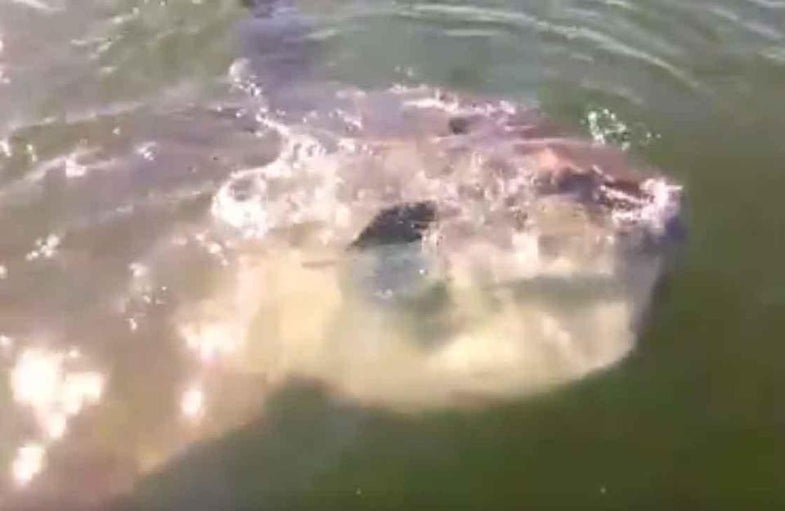 For those of you unfamiliar with the ocean sunfish—known on the West Coast as a mola mola—they are big, slow, oafy suckers that lazily flap around on their sides. Spend enough time fishing the salt, and it’s likely you’ll bump into one eventually. I’ve seen plenty, and if you happen to be shark fishing, your gut reaction to their fin is that a big toothy just swam into your spread. Per this story on Bostonglobe.com, however, angler Michael Bergin never bumped into a mola. And when it finally happened right in Boston Harbor, his mind was pretty much blown. The video of his reaction has gone viral on Facebook. I can’t post it here because of the severe potty mouth, but it’s hysterical. Click here or on the photo to watch. If you happen to be a Jerky Boys fan, you’ll love this. My favorite parts are when Bergin says they need to “call the aquarium,” and then his plan to capture the poor thing and sell it. Can’t make this stuff up. 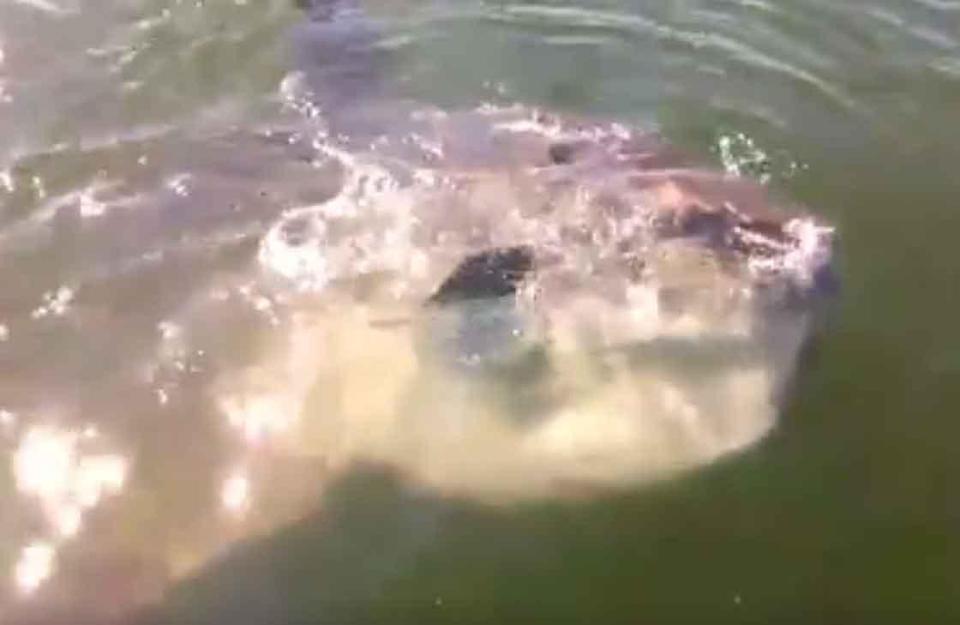