It’s hard to believe we’ve just put 7 years of Hook Shots to bed (and are off to start shooting... 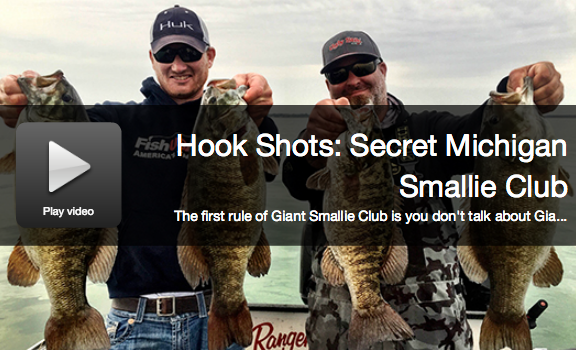 It’s hard to believe we’ve just put 7 years of Hook Shots to bed (and are off to start shooting season 8 next week!). It’s always nice to nail a killer closer, and thanks to my good friend and HS regular Ross Robertson, we went out on fire this fall. When Ross called and said he’s dialed into a super-secret giant smallmouth bite in Michigan, I listened. When he said it’s totally possible to catch 30 5-plus-pounders in 30 consecutive casts, my pal and co-host Eric Kerber and I jumped on a plane. As none of us are strangers to the dreaded spot burn, you’ll understand why we’re pretty tight-lipped on location specifics in this season closer, but the method was pretty unique, and can be applied to just about any smallmouth fishery. So pay attention and perhaps next season you’ll be able to start your own “Smallie Club.” As always, thanks so much for watching this season, and before you know it, we’ll be rolling out episode 1, season 8. Enjoy the show!