How Those Annoying Fall Leaves Can Help You Catch More Bass

Fall is a great time of year to fish topwaters. Of course, doing so also comes with the pain of... 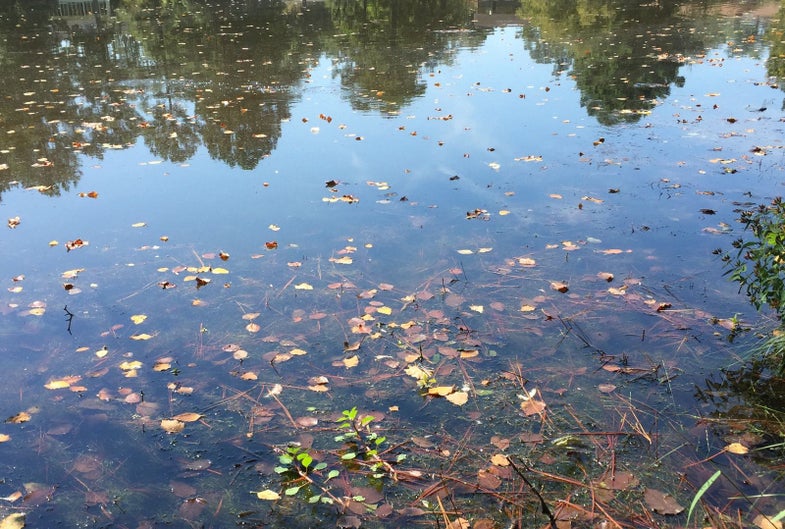 Fall is a great time of year to fish topwaters. Of course, doing so also comes with the pain of removing leaves from their hooks. This can actually get so annoying that some guys steer their entire bass arsenal away from anything that works the surface. Others avoid leaves by playing the wind, basically fishing only where leaves have been blown clear. Me? I’m not scared of leaves. In fact, I’ve come to learn that if you’re smart about it, they can help you catch more bass. 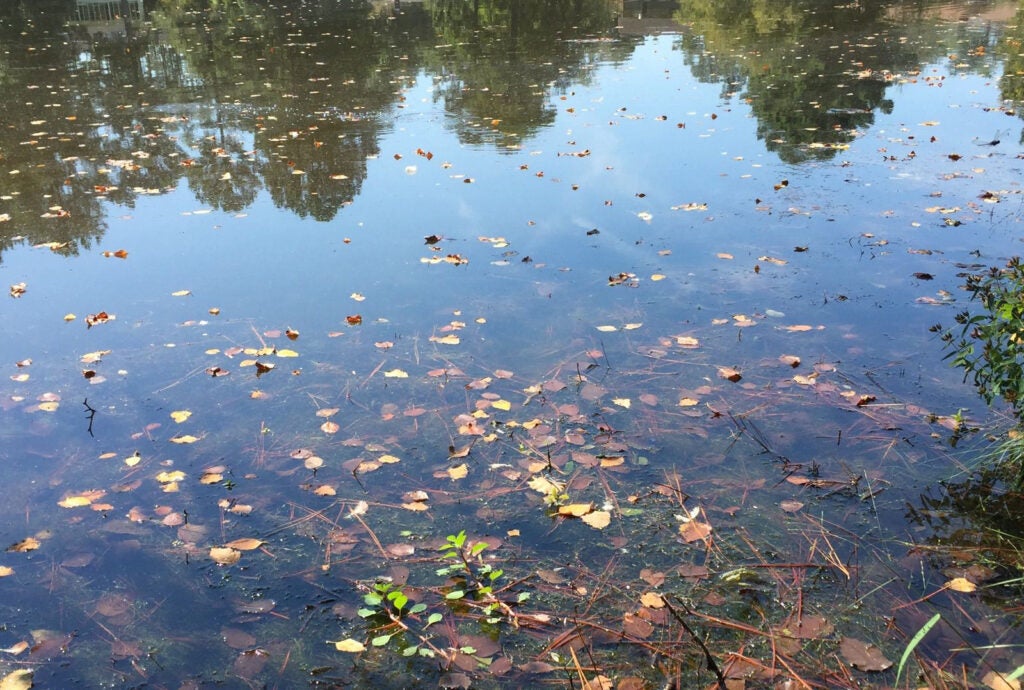 To be clear, fishing lures with trebles like Pop-Rs and Spooks may cause more problems than they’re worth. But buzzbaits and frogs are killer, and they let you target the heaviest leaf-littered areas that everyone usually avoids. Translation: areas with less angling pressure. Most bass fishermen know that buzzbaits run pretty well over shallow debris like floating leaves, and are familiar with the fact that the spinning buzzer sound resembles a shad school, which are abundant in the fall. Frogs can be fished much slower, in more precise locations, and through even thicker patches of leaves. Despite some anglers’ hesitation to pick up a frog because it’s not really frog season anymore, I’ve witnessed more tournaments won on a frog in early fall than I can count.

If there’s one tricky element to catching fish in the leaves, it’s that the most productive structure can change by the hour, or be gone entirely the next day. A grass mat stays put all season, but if you’re finding that a frog is most effective dragged slowly through the most dense part of a leaf mat wedged against the banks today, if the wind shifts, that mat (and pattern) might not exist tomorrow. But if you’re willing to take the time to refigure how bass are using the leaves on an hourly or daily basis, I promise you’ll catch more of them this fall than you will if you avoid leafy areas all together.