Let me set the stage for you. A friend and I fished a popular lake last week that has little... 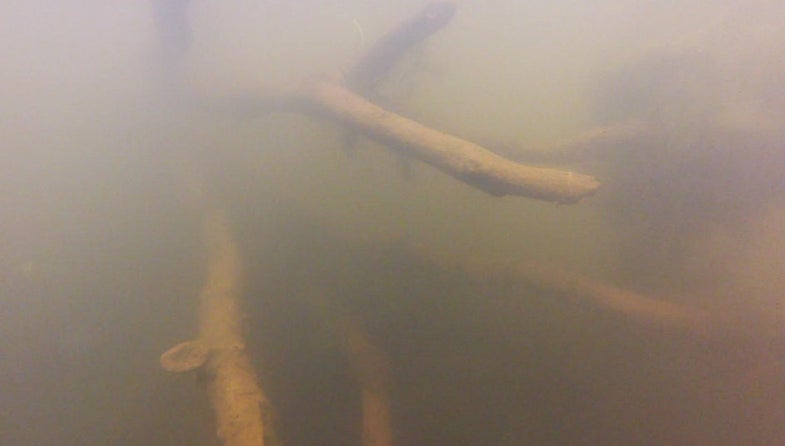 Let me set the stage for you. A friend and I fished a popular lake last week that has little shoreline cover, especially when it’s low like it is now. Targeting the upper portion of the river leading into the lake is a popular late-summer game, but it’s pretty treacherous getting up there in these low conditions. We decided to stick it out on the lake, which gave us a chance to re-test something we found last summer around the same time under the same conditions. We were fishing brush piles, but not just any brush piles. The key was to fish those that were in holes, not on humps. Each time we found one with that fit the bill, a bass was almost guaranteed. Here’s why.

I’m not going to get into what type materials the brush piles were made of, what lures we were catching fish on, or even the thermocline this time of the year. It’s not that this information isn’t important, but it surely wasn’t as important as the location of the brush piles. When I say “holes,” I basically mean any depression. The way we began to look at it was similar to fishing tidal bass at low tide. The fish retreat to deeper areas as the tide pulls out. Then, when the tide is out completely, the bass are tucked comfortably in the valleys rather than exposed on the mountaintops. All they need is a little structure to cling to, and in a lake, that’s where a strategically placed brush pile comes into play.

The thing is, I see most fishermen plant brush piles on humps. It’s not a bad idea, but brush on points, the ends of docks, and the top of ledges only produce in certain scenarios…and when they’re covered with water. Last year, it was exceptionally difficult for us to find brush piles in depressions on this lake we fished last week, but between then and now, my buddy planted plenty in the “holes.” And it paid out. Four out of five of the new brush piles produced, two of which yielded multiple fish on multiple stops within our 6 hours on the water. That’s a pattern if I ever saw one.