How To Score Giant Bass Around Pond Overflow Drains

I don’t know about you, but one of the first things that catch my eye when glancing over pond is... 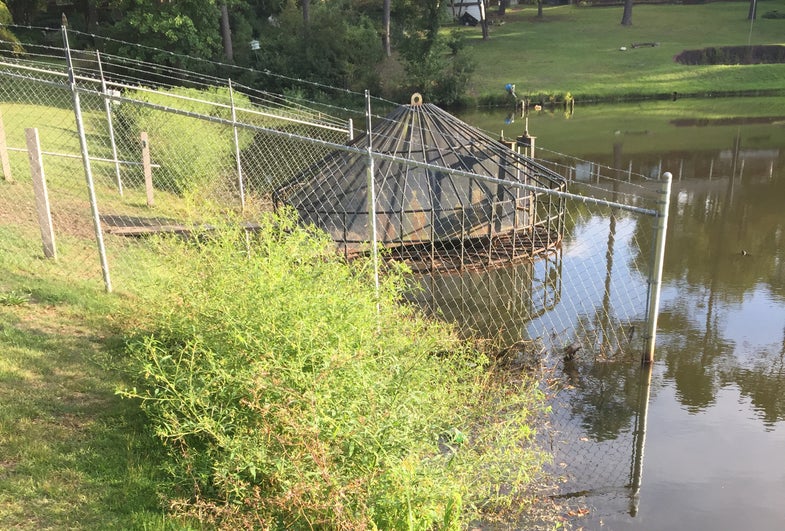 I don’t know about you, but one of the first things that catch my eye when glancing over pond is the overflow/outflow drain. These manmade structures come in all shapes and sizes, but no matter where you live and fish, they have common threads. Overflows are nearly always in the vicinity of the deepest area of the pond, they usually create some level of current even in low-water periods, they attract lots of forage, and they’re usually big bass magnets. Thing is, you have to know how to read an overlflow correctly so that your critical first couple cast count, because it’s those first few pitches that are most likely to score the resident pig. Having fished countless pound overflows, I’ve honed a three-prong approach that has rarely failed me. Here’s the drill. 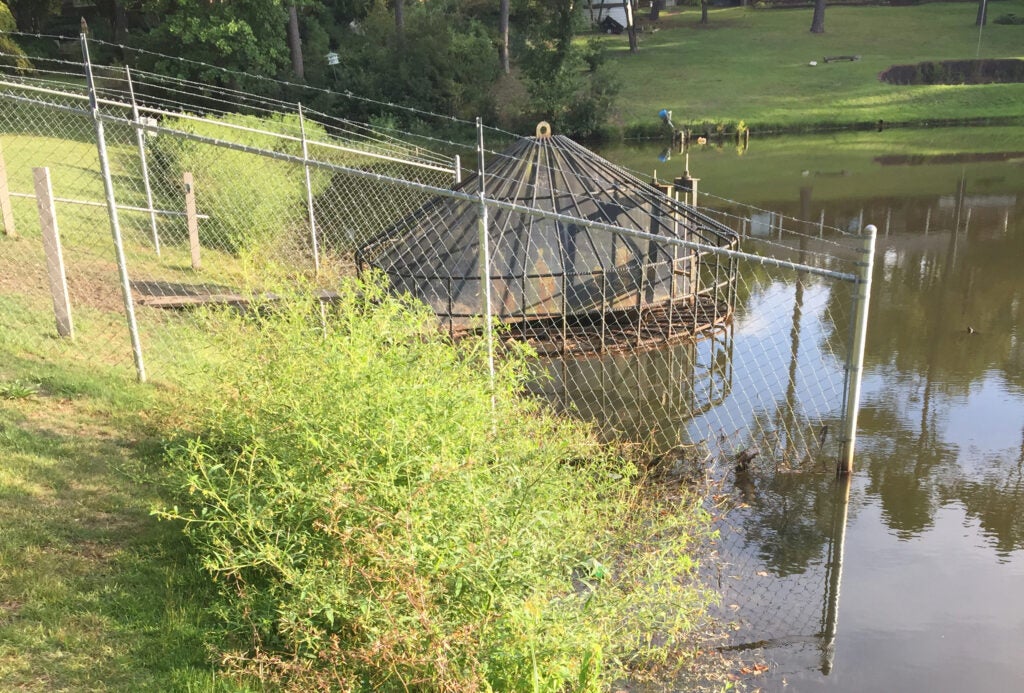 Current and debris go hand in hand; it’s like the drain in your bathtub. All the hair you’re losing ends up there after the plug is pulled. And as you’d imagined, bass love all the logs and debris that pile up around overflows throughout the season. I always approach these nasty snarls of logs and sticks with traditional big-fish baits that are slower moving like a large jig, creature bait, or plastic worm. Go big and slow because there’s often so much debris under the water’s surface that you don’t see, that it’s a good idea to milk those plastics over and through every nook and cranny. If slow plastics don’t produce a fish, I make a few passes with a crankbait, jerkbait or spinnerbait, paralleling the bank 50 yards or so to the left and right of the outflow. The first pass is shallow (3 feet or less) and the second pass will be deeper (8-20 feet). My theory is that these 2 passes will pick up both a few fish loitering in the area that may not be committed directly to the overflow itself, plus you may dial in a depth that the bulk of the population near the outflow seems to prefer.

My last attempt has the most potential for a strikeout, but also for a homerun: a big swimbait. An overflow is usually over some pretty deep water, and since they present vertical structure, there’s a good chance fish (at least at certain times of year) will suspend against it. I’ve experimented with many baits over the years and have found that a slow-sinking swimbait produces best near overflows. I’ll take a cast well past the structure, allow the bait to sink to the desired depth and then reel the bait tight to the wall of the overflow. The idea is that the bass suspend around the overflow and plunky cast right at the target may not present the bait most naturally. The heavy overflow bass you’re looking for has many food options, and an easy, super-realistic presentation that doesn’t startle the fish by hitting them on often triggers the big bite.