Whether they’re smearing a stripe of garlic goo on a swimbait, or dousing a diamond jig in bunker oil, there... 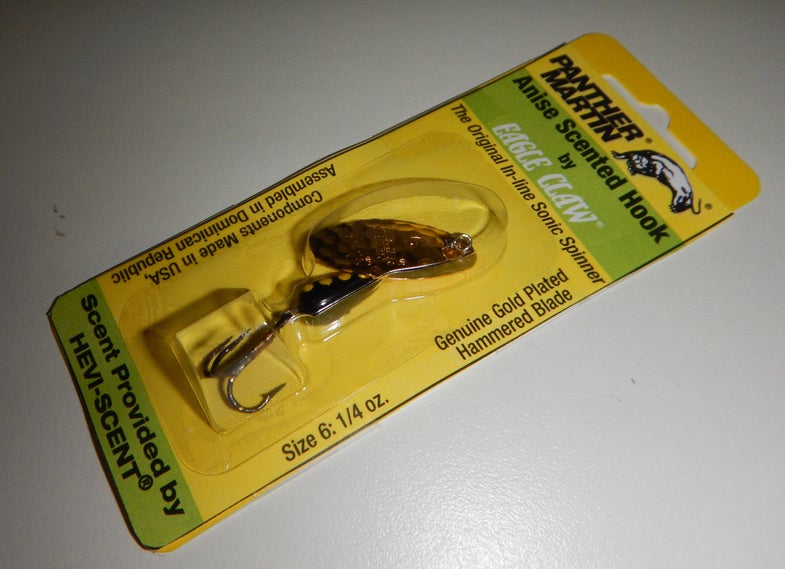 Whether they’re smearing a stripe of garlic goo on a swimbait, or dousing a diamond jig in bunker oil, there are lots of anglers out there that swear by adding scent to lures. And here at ICAST, there is no shortage of manufacturers peddling scent wands, sticks, sprays, and powders. Eagle Claw—which has pretty much been around since the dawn of fishing—doesn’t seem interested in dabbling in stuff you dunk a lure in. Instead, they’re just scenting their hooks. In the near future, you’ll find the same snelled Eagle Claws you’ve been using your whole life now giving off pungent aromas. So how much scent can a smelly hook emit? Apparently enough to make long-time partners of Eagle Claw—such as Panther Martin—repurpose their classic patterns with some stank hooks. 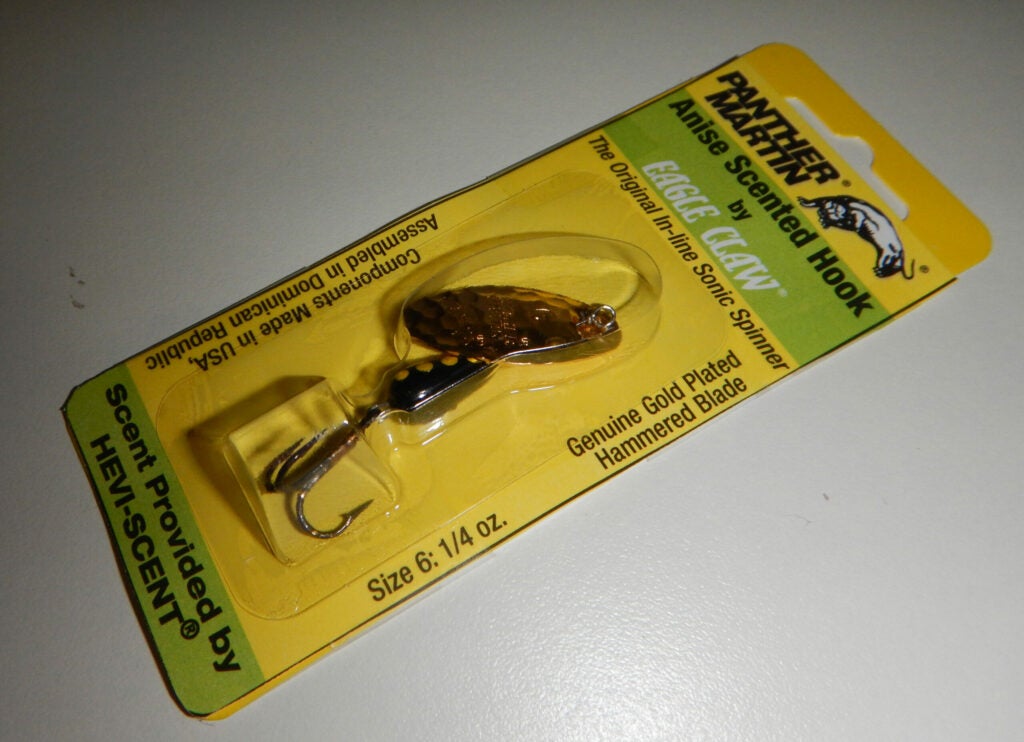 The lure in the photo features an anise scented treble, though there are several other flavors available, including garlic. Perhaps in a bait fishing situations where worms are just soaking on the bottom, the addition of hook scent would work well. With a fast-moving spinner that largely draws reaction strikes, however, I’m not so sure the scent is going to make much difference. I’m also not sure just how long the hooks will remain pungent, but if an anise-flavored hook gives you more confidence that a monster brownie will take a shot, I say tie one on. I think we can all agree that it’s not going to hurt. A Panther with scented hooks will cost you $4.50 to $5.80, which is a touch more than an odor-free original.