The first night here at ICAST, I was one of many people oogling SPRO’s new BBZ-1 Rat in the new... 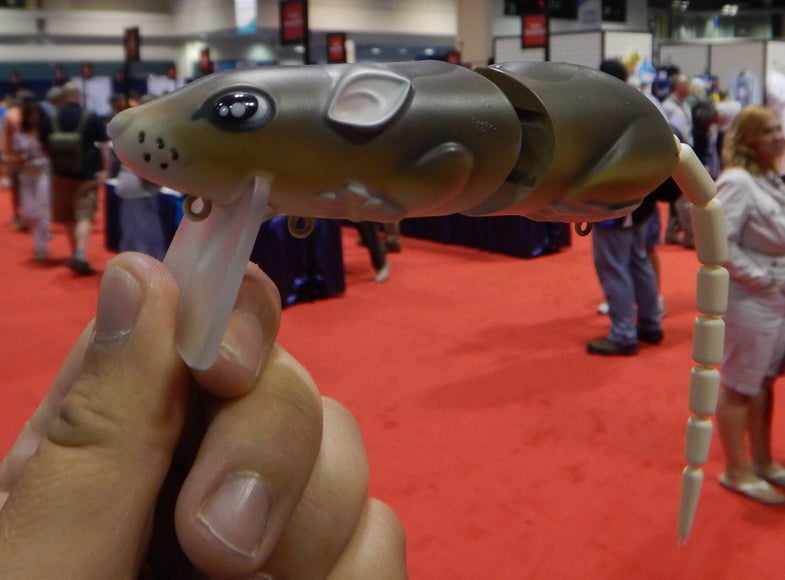 The first night here at ICAST, I was one of many people oogling SPRO’s new BBZ-1 Rat in the new products showcase. How can such a thing not attract your attention? It’s pretty lifelike, measures 10 inches, and has a really sexy articulated tail that probably shimmies nicely on the surface as this puppy kicks up a wake the size of the Titanic‘s. Per SPRO, it took two years of R&D to get the BBZ right, and it’s targeted first and foremost at the bass crowd with hopes that the muskie and striper guys will pick them up, too. It’s a killer looking lure, and I’m sure it looks awesome in the water, but I must admit I was kind of surprised that it took top honors in the best new hardbait category. 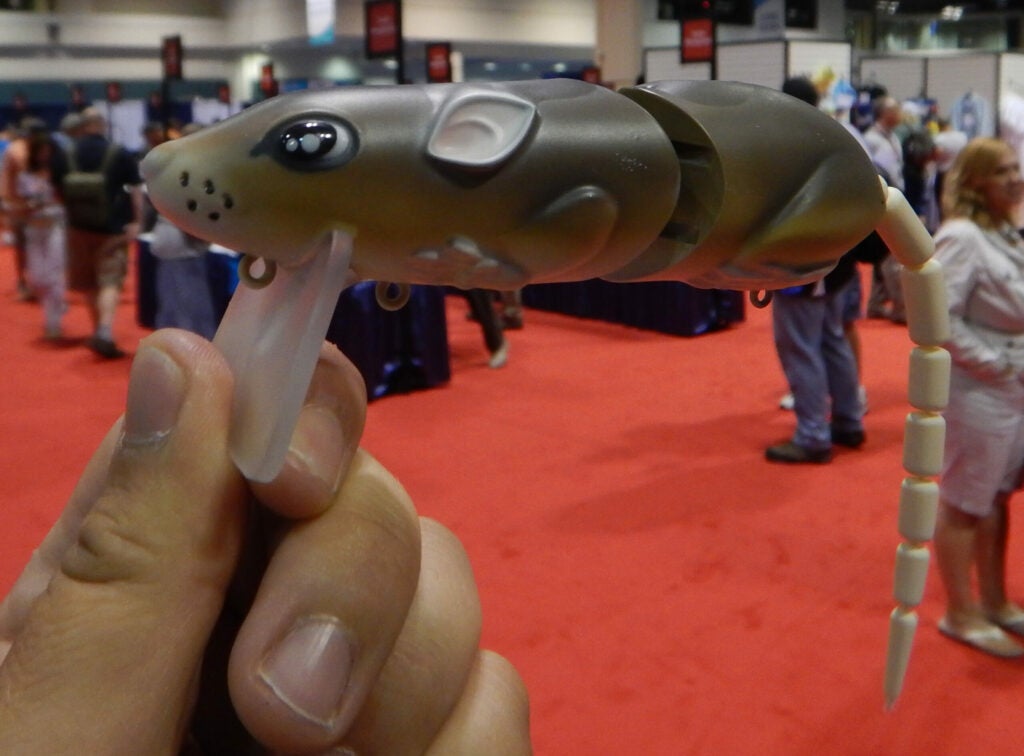 It’s a vote-based system here at the show, and there were a lot of other hardbaits in the running. For the record, I’m not saying the BBZ won’t catch fish or perform, but the fact that it won has me wondering why. I’ve got two guesses. A) There is genuinely more interest lately in trophy fishing as opposed to numbers fishing, and with that in mind, this is the bait the majority of voters believes has the ability to score some serious bass this year. Or B), it’s just different, looks cool, and stands out in a sea of other lures. I hate to admit it, but my gut says the latter is probably the answer.

I think there is a lesson to be learned here about the power of the brand behind a product. Rat baits are nothing new. In fact, I wrote about the gorgeous hand-made rats and ‘possum lures being created by CL8 Baits more than two years ago. The designs are very close, yet they are made by a niche builder. Point being, if CL8 had one of their lures showing at ICAST this year, would it have been taken as seriously without a recognizable brand behind it? Food for thought.